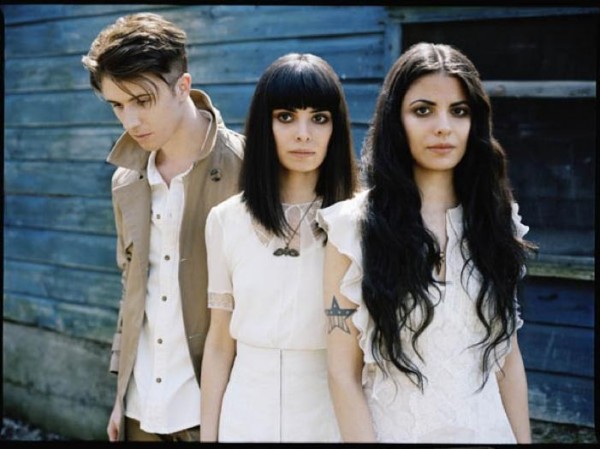 School Of Seven Bells have announced details of a European tour in November, following on from the release of their new single ‘Heart Is Strange’ on the 27th September through Full Time Hobby. Full info on the live dates is below, including a show at London’s Heaven

‘Heart Is Strange’ comes with an impressive couple of remixes, including techno producer du jour Pantha Du Prince and a rework of album track ‘I L U’ by fellow Brooklynites Phantogram.

School of Seven Bells ‘I L U’ (Phantogram Remix) by fulltimehobby

School Of Seven Bells made a triumphant return with their latest album ‘Disconnect From Desire’, receiving huge critical acclaim from both sides of the Atlantic. They followed this with a storming show at The Scala in July, with the Sunday Times comparing their performance to “the drifting ambient landscapes of Brian Eno, My Bloody Valentine’s ecstatic and furious wall of noise and the perfect, if elegantly fractured, pop experimentalism of The Cure and The Cocteau Twins”.

The recent single ‘Windstorm’ was not only A-listed at 6 Music and Xfm, it was also ‘Single of the Week’ and the second most played track on 6 Music during the week of its release.

Timber Timbre releases new single ‘Until The Night Is Over’