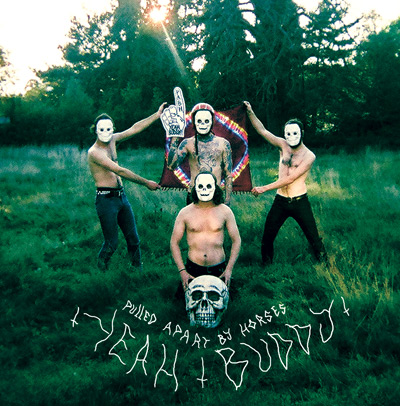 From a band called “Pulled Apart By Horses” you can’t really expect neither folk sleeping songs nor ambient landscapes, so better you brace yourself for a rush of adrenaline that will blow up completely your synapses.

From critically acclaimed debut self-titled album here is “Yeah Buddy”, a single that holds in itself the whole Pulled Apart By Horses universe: honest and truthful lyrics, mental howling, and aggressive riffs.

It is clear that under singer Tom Hudson’s indie-emo haircut a metallic heart is beating and a punk attitude hides.

Yeah Buddy is the energic and angry manifesto of a band that from Leeds is ready to conquer Britannia.

Pulled Apart By Horses is touring around UK and will support Foals at Garage, London, on 2nd December.