The British Post-hardcore boom of the early 21st century produced some damn fine bands, bands like Reuben, Funeral For A Friend, Oceansize and Yourcodenameis:Milo, all pitched in to create a distinctly British kind of heavy rock that, while in many cases was completely batshit awesome, didn’t quite get the mainstream recognition it deserved (the current arena status Biffy Clyro reserves notwithstanding…), it wasn’t until more recently when bands like You Me At Six and… well, You Me At Six, took that formula and added buckets of pure pop sheen that they suddenly became one of British rocks biggest success stories. And fair play to them, they’re talented guys with only slightly nauseating lyrical content, but the major problem comes after that, when young British bands see their success and try to copy it by scraping any riff they ever had of any edge, adopting an incredibly corny American accent and adapting their facial expressions to either self consciously kerrazy gurns or factory setting boy band grins. The whole charade kind of makes me to scream and so I approached High Wycombe quintet Young Guns’ biggest headline show to date with a sense of trepidation. Word is that if anyone is going to usurp You Me At Six’s crown it’s these guys, but there’s no need to worry, if it does happen, at least it’s not All Time Low…

Anyway, Young Guns provide a slightly darker take on the YMA6 formula, trading retina searing colour for black and songs calling girls “whores” for having the audacity of not wanting to sleep with them for songs about lack of father figures in life. So maybe they take themselves more seriously than is necessary but they definitely give a shit, which is still, sadly, a godsend nowadays. Also, which is probably for the best seeing as this is a live review and all (“Good heavens!” I hear you cry, “Surely Not?!” You better believe it dear reader…), they really kick arse live. They don’t showboat like The Blackout (Probably because The Blackout do that better than just about anyone else in rock music, seriously, they are the most fun to watch band in the world right now, but I digress), neither do they rely on pointlessly leaping around the stage like they’ve got several thousand Bullet Ants in some particularly tight pairs of pants like so many other bands do in exchange for genuine passion, their songs are confidently and passionately thrown out into the audience in exchange for a phenomenal reaction from the packed Electric Ballroom.

It’s a different reaction to the one a lot of their peers receive, the fans don’t scream at frontman Gustav Wood like he’s some photogenic Freddy Krueger (yet?), neither do they crush the folk on the barrier in an attempt to get near the band, the reaction seems measured, especially during the opening numbers, as if the audience are listening intently, pondering their chances of becoming a genuinely huge deal, as well as, of course, opening a huge mosh pit during the faster pace numbers. In all, the band seem at a crossroads, so many different paths lead in so many different places, the majority of them lead up, I genuinely envy bands in this position, probably more so than when they’ve genuinely made it, they know that stardom is calling, and yet it’s still something to fight for. And no, this band isn’t trying to reinvent the wheel, but when they sound this good live, and mean it as much as they do, that’s not a real problem.  A great night and an incredibly exciting showing for one of British rock’s great white hopes. 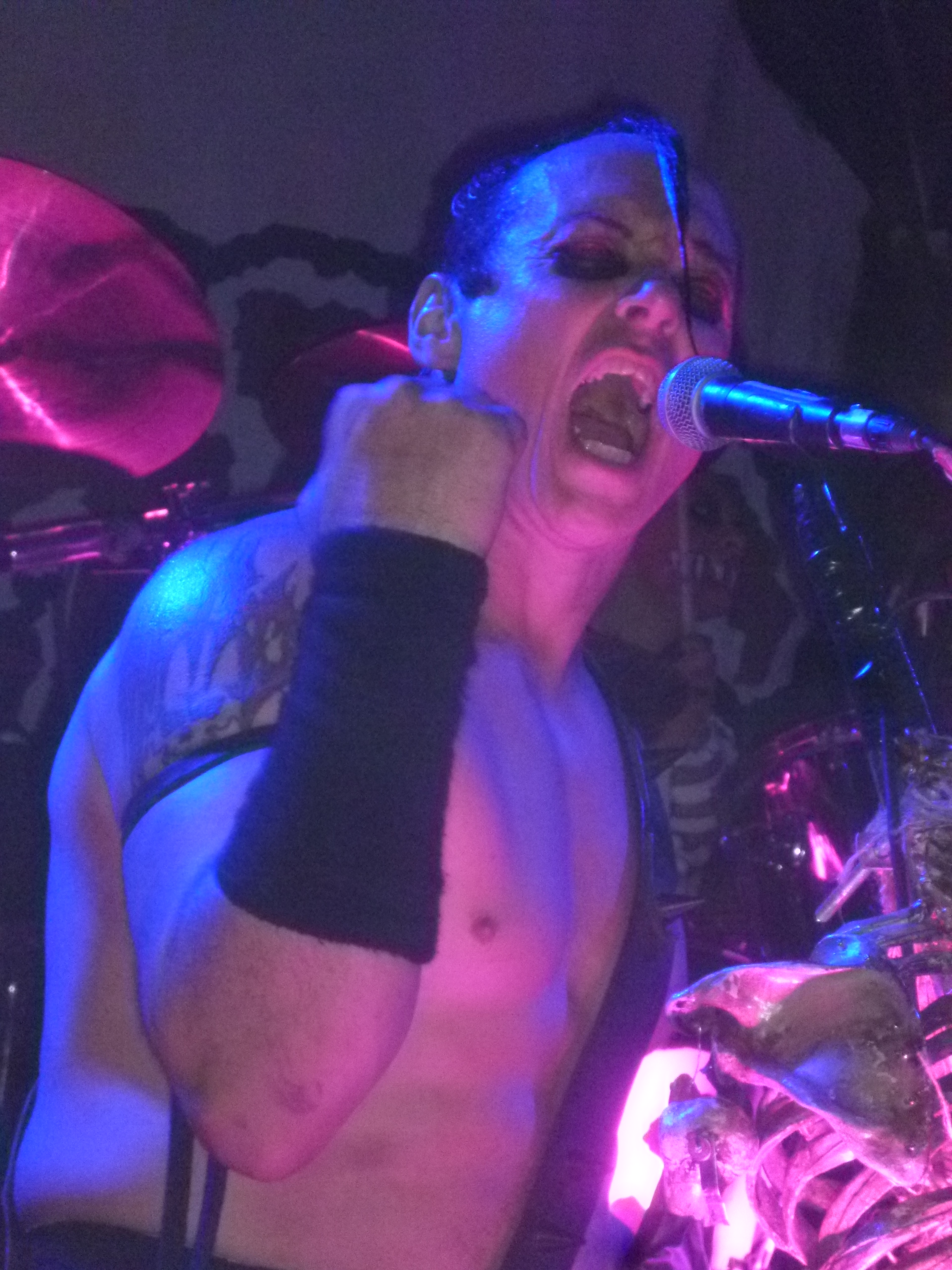