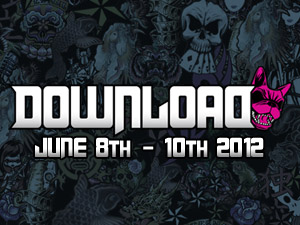 Biffy Clyro, Soundgarden and Chase and Status have been added to this year’s Download Festival line-up.

You Me At Six and Tenacious D also join the bill which will be headlined by The Prodigy, Metallica and a reunited Black Sabbath over the weekend of June 8-10 at Donington Park.

See Downloadfestival.com for more information about the festival.

Metallica have confirmed that they will be playing a headline set that will feature the entirety of their classic 1991 self-titled fifth album – widely known as ‘The Black Album’.

They will headline the festival’s Saturday night (June 9), while Black Sabbath are currently set to close the event on Sunday (June 10) but it remains to be seen whether their headline slot is affected by guitarist Tony Iommi’s recent cancer diagnosis.

The band have not yet said if his condition will impact on their planned world tour.

The Prodigy will headline the festival’s first night (June 8).

Download Festival was headlined by System Of A Down, Linkin Park and Def Leppard in 2011 and also featured sets from Bullet For My Valentine, Rob Zombie, Pendulum, Bring Me The Horizon as well as the comeback show from The Darkness.

James Vincent McMorrow announces debut EP / free download of ‘If I Had A B... 29 October 2010 | aaamusic