Sasha Grey was the special guest of XS Live, one of the coolest dance night in Rome.

She quit the adult film world to explore new fields, she has a band, Atelecine, she wrote her first novel, “The Juliette Society”, whose main character was inspired by herself when she was 18, and she’s a dj, ready to rock the crowd.

We met her before her dj set to chat about music, cinema and her future…

AAAMusic: Let’s start from your new job as a dj. You like Joy Division, Bauhaus, Misfits and post-punk-electro music in general, that you play also with your band, Atelecine. Are you going to play this kind of music tonight?

Sasha Grey: Well it’s interesting because normally when I dj, I play more deep out and disco but there might be very different crowd tonight, so I have to be prepared.

I hope I can play different stuff, I don’t know, you take a look at the crowd and decide the kind of stuff I will play. I like Manchester’s dance and Depeche Mode, it’s a different tempo, a different speed, but I am waiting to see how the crowd looks like tonight.

AAAMusic : Do you usually remix songs by yourself, or do you pick up some from other djs?

SG: Yes, usually existing remixes from other producers or djs, first because I have a band, so in my mind there’s more creating original songs rather than remixing existing ones, djing is my main focus, so getting to remixing and producing world is entirely different.

AAAMusic : Who’s your favourite dj? Do you prefer a performing dj, like Dead Mau5, with visual effects, or a dj like Skrillex?

SG: Dead Mau5 is great, he’s on his own planet, I love Luciano, I love Paul Oakenfold, I think he’s creating some of the best dance music out there, even if it’s not on the radio.

In terms of pop music, I really like what Calvin Harris is doing, he brings his own authenticity to it and mixing I enjoy songs that I didn’t enjoy otherwise.

It’s a global phenomenon in past couple of years, electronic music has just completely been taking over pop, hip hop, rock, I mean, in terms of radio music, on the charts, you can’t escape it, they almost sound the same.

AAAMusic : Are you thinking of touring in Italy with Atelecine? Can you tell us more about this project?

SG: I don’t know if we will tour because one of their members is my ex-boyfriend, so I don’t know if I’m into going on the road for days, but I am ok with creating new songs and spending some time together.

We were finishing the last song of our trilogy and David J from Bauhaus and Love and Rockets played the bass, so I’m super excited about that and at the end of this trip I’m going to record vocals for that.

But I don’t know if we’re going to tour. We did the first show in Poland, in Krakow, for this festival called “Unsound” and it was cool, something people was waiting for.

Matt, the creator of Unsound, really loves music and creates an environment for artists to really enjoy each other’s work and you know, it’s not about having huge sponsors, it’s just about the music.

AAAMusic : Your first novel, “The Juliette Society”, has been described in your words as “the fight club of fucking”. How much of your personal experience is in it, if it is?

SG: I just based the character at the beginning of the book, Catherine, I based her thoughts on myself when I was eighteen, so she’s a film student who feels like she’s lacking something in her sense of life and she doesn’t have anybody to talk to about this fantasy she’s having and from there, the rest is really just fantasy, but obviously sexually speaking  there’s a lot of myself in terms of how Catherine navigate through these new experiences,  because I tried to put my experiences into each scene of the book.

AAAMusic: Did you read “Fifty shades of Grey”?

SG: Yes, I did, it’s okay, it’s not something that I would normally read, but I really enjoyed the fact that a lot of people openly talked about it, that’s really important, I see women reading the book in cafè without shame, not trying to hide it in newspapers, so I think it’s significant.

AAAMusic : you’re a movie lover and you like Herzog and Cassavetes, but you love also masters of Italian cinema like Antonioni, Bertolucci and Pasolini, is there any film that you would have liked to act in?

SG: There are so many… “L’avventura” (by Michelangelo Antonioni).

AAAMusic: You describe yourself as a performing artist, you are successfully committed in a variety of arts, acting, playing, writing, so what’s your next step? Maybe painting?

SG: (laughing) A lot of friends of mine are painters and they tell me to try, but I can’t draw figures, so If I tried to paint it will definitely be abstract, no doubt about it. My mind is on next different things but I just want to continue focusing on acting and photography.

AAAMusic: How do you see yourself in 20 years?

SG: I wanna continue doing what I’m doing now but I see myself, when I really try to visualize the future, like a producer, whether be a producer of cinema or music. I feel like I have a lot to learn but I am fortunate enough I can go in between many modes, I see people older than me getting bored by what they do and I think I never want to get bored or sick by what I do, I hope this passion will stay always with me. If it ever happened I think the best way to reinvigorate your passion is helping people to fulfill their dreams and do more humanitarian efforts as well. 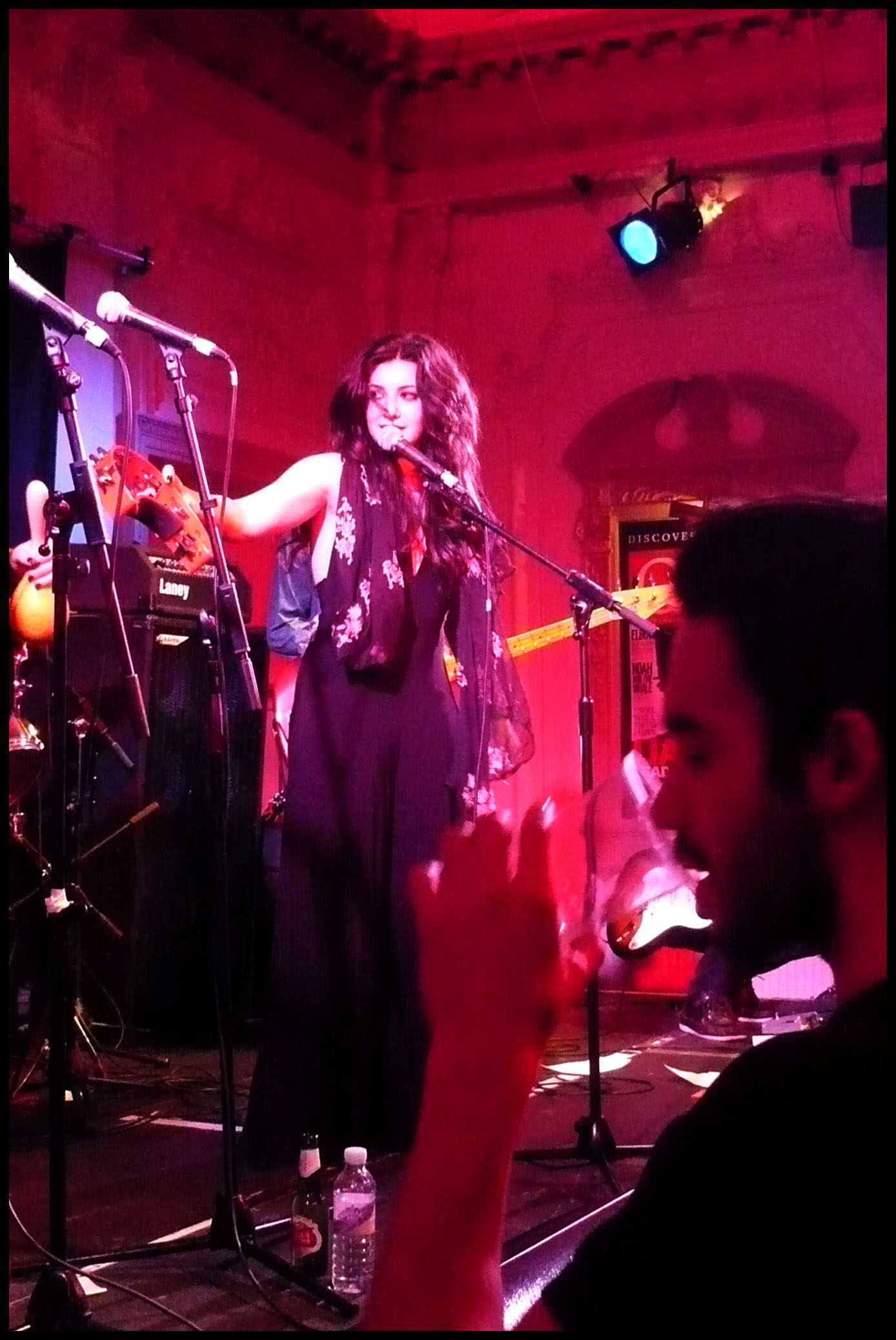 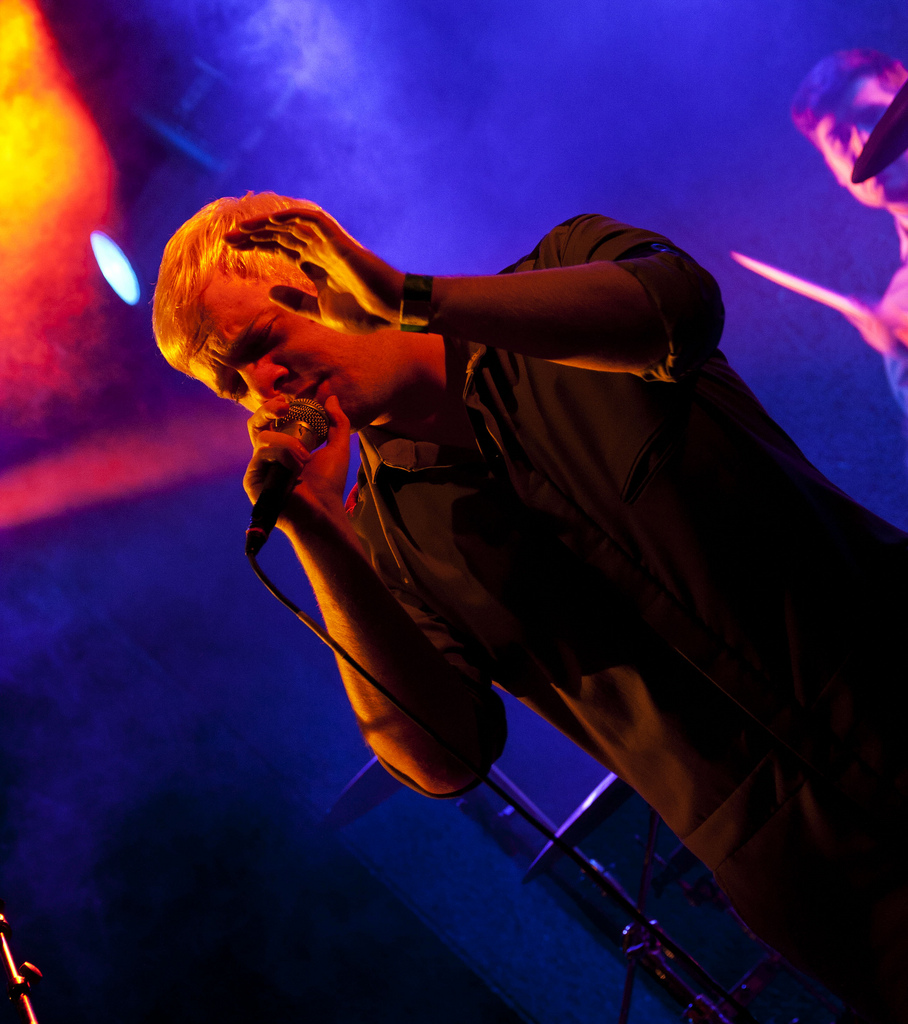