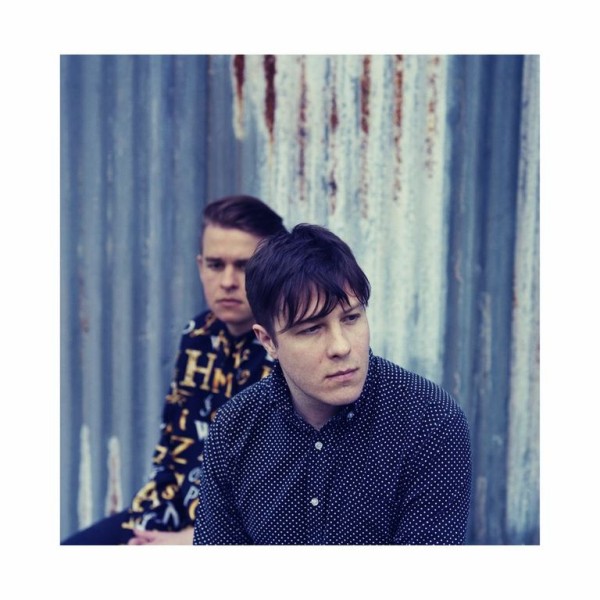 Tom: Tom and Jonnie (bloodflower). Jonnie and I met through a number of projects based out of Monnow Valley studio in Monmouth, Wales. Jonnie and I became good friends and I knew he was working on some interesting ideas. The studio became available, so we decided to see what would happen in a week or so of experimentation.

Tom: Sharing an eclectic taste in music Jonnie and I draw inspiration from so many different influences. We both enjoy tension and release within music. It’s something that gives us musical satisfaction. A sense of claustrophobia is rarely used in modern music, it’s something we enjoy using; creating a sense of unease and discomfort that can flower into sonic enjoyment.

Jonnie: We both enjoy bands and producers that have an impact by making music in their own way. Artists such as Gary Numan, Talking Heads, Brian Eno etc have a very specific way of working, they try not to be derivative, they create music on an impulse and via a connection to a melody, we believe in this very strongly. I suppose like most songwriters, writing music, but in particular lyrics since a young age has been the way – as stated by Tom – I deal with any inner tensions I feel strongly about. It’s also a wonderful form of communicating with people.

The way bloodflower has worked so far I suppose is that I usually have a demo that i’ve been working on and send that to Tom. He then has a listen and we take from those initial ideas what we like and try to take them further together. From working at Tom’s place we build up the tracks and try to consolidate what it is we like about my first ideas. We then take those stronger demos to the studio. The whole process is ever evolving even when we’re mixing the tracks we’re still adding or taking things away. We enjoy the experimentation.

Jonnie: So far we’ve released one free download called ‘Indigo’ and are soon to be releasing the second single ‘Horizon’ on 12th August. We’ve approached this whole project with a lack of pressure and if people like it, that’s a bonus.  We’ve had some great support from many national DJs and blogs which strangely proves a relevance without us intending there to be. Plays from Huw Stephens on Radio1 and John Kennedy at XFM has helped give this project a further purpose.

Tom: Yeah, we’re a very new band and the whole thing is evolving every day. One of my highlights is the quote ‘This doesn’t sound like anything that has ever come out of Wales’ from John Kennedy. With a quote like that it would be a shame not to continue our discovery.

AAAmusic: What are you like live? (What are the best tours you’ve done, who have you supported)

Tom: This music has been developed without a band in mind. We are, however in the process of tailoring the music to the live environment. We have an excellent group of musicians working with the tracks for our first gig which will be at SWN festival in Cardiff in mid October.

Jonnie: It’s been really interesting and so much fun seeing the songs take form for the live stage, there’s a lot of use of space and some interesting instrumentation in the tracks so we’re quite conscious of getting everything just right. It’s like re-discovering the songs. 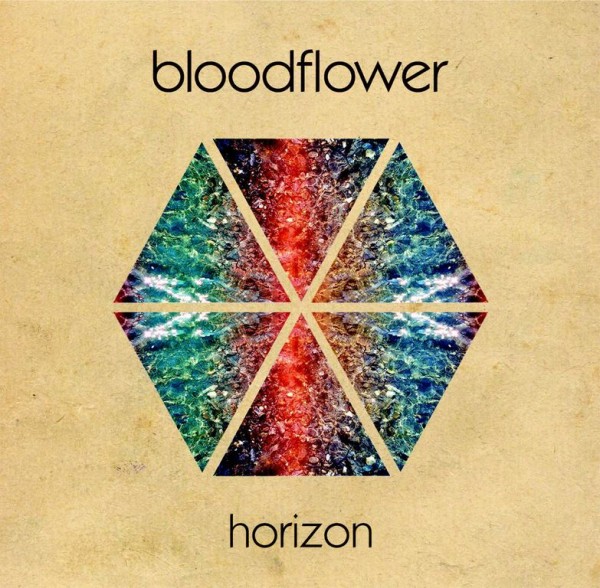 Tom: The whole project has been nursed through the studio, we work on songs in bedrooms, studios, trains, busses. Every aspect of this project has been done without a band behind it, it’s two people with a common thread throwing their musical ideas at a computer. We often work separately which allows the songs to have conflicting ideas which we find challenging and satisfying.

Jonnie: Some time is spent working on unusual sounds, wiring and re-wiring synthesisers and other instruments.  Time is also spent using authentic recording techniques that are second nature to Tom. The studio becomes our 3rd member.  Aesthetics don’t really interest us, and although we may sound like we are slaves to technology the contrary is the focus, it always comes back to the fundamentals of the song. Song is king.

Jonnie: Ah the topic everyone’s discussing. I think our opinions are similar as we both fall in to the physical buyer bracket.  I still risk buying albums on cd format on the back of hearing a couple of singles either on radio, through blogs or from accidental discovery on YouTube.  The Spotify module however is a double-edged sword.  The return on mass plays is not justified yet the exposure gained for being on there can generate a return through the growth of a fan base, which is priceless.  This can translate to financial returns through gigs and later on merchandise and so on.  However, there isn’t a straightforward answer to this question.

Jonnie: See above for music we’re listening to…..on new discoveries though I’ve been lucky enough to catch Department M and Gaps recently at Birthdays in Dalston.  Not that new but Public Service Broadcasting are pretty special, I caught them at their Rough Trade in-store but had to miss them when they came to Swansea as we were recording some new tunes.

Tom: Although finishing an album that both Jonnie and I can be proud of would be a great achievement, I also can’t wait to perform live.  Jonnie and I have also been discussing how different the music industry and the sale of music has become, we want to produce a physical album to hold our work in our hand, but are also toying with the idea of possibly releasing a song that has single potential every three or so months.

Jonnie: To carry on from Tom, this not only keeps the single digital buyer happy but by releasing a physical album that will have unreleased songs we will keep the physical buyer happy.  What this also does is raise the bar for me as a songwriter and Tom as a producer as we have to come up with the goods within this time.  Even if we are incapable of doing so at least we are working to our absolute limits.  Tom and I have always agreed that if you are not working to your full ability then there is no point.  And who doesn’t like a challenge…?

Questions answered by: Tom and Jonnie of bloodflower… 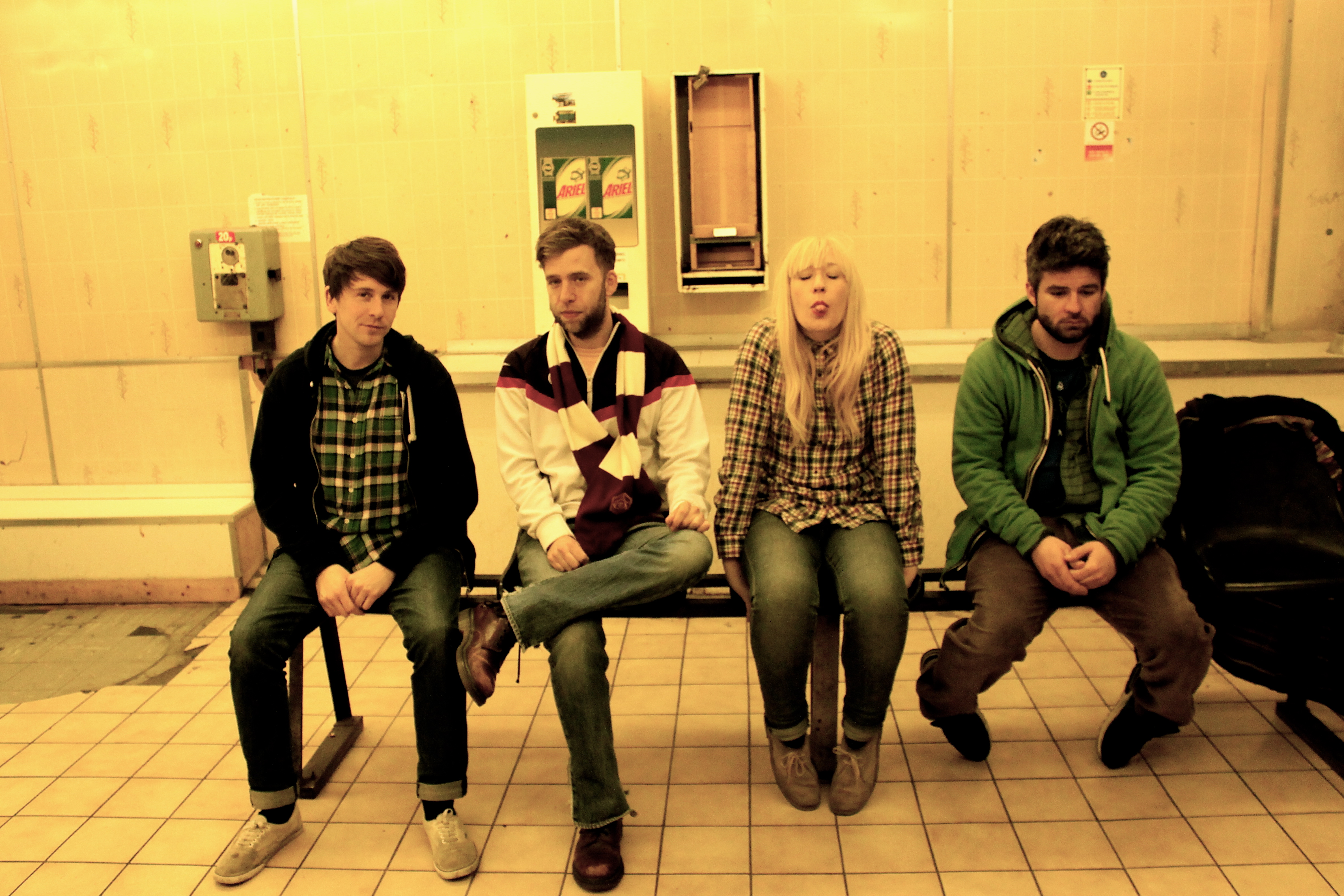 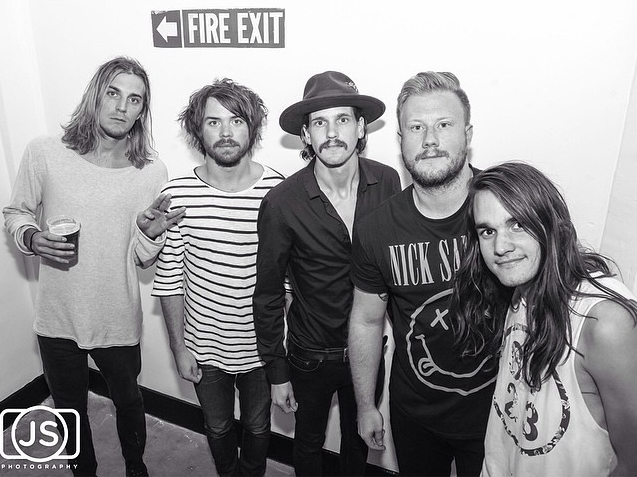