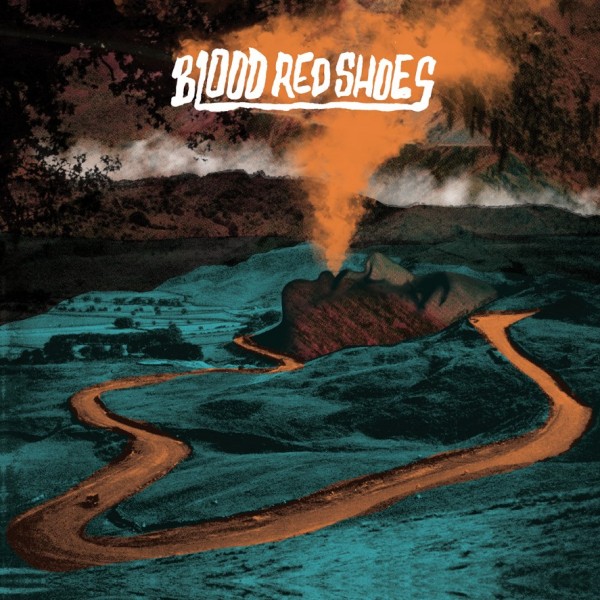 Blood Red Shoes is the self titled, fourth album by alternative duo Blood Red Shoes. Recorded over a six month period in Berlin, the album is the first to have been produced and engineered by the band themselves – with previous albums having been produced with Arctic Monkeys and Foals producer Mike Crossey.

The album opens with ‘Welcome Home’, a raucous instrumental track that introduces a powerful and anarchic start to the self titled album, which immediately marks a new sound for the band specifically in terms of the dirty and heavily distorted guitar. This tension fuelled track contains numerous layers of dissonant guitar and a persistent drum beat that clash unrelentingly, culminating in a mass of sonic fuzz. The energy continues unapologetically through to ‘Everything All at Once’ with Laura -Mary’s guitar style remains crunchingly aggressive and the opening riff pulsating broodingly through the track over Ansell’s percussive backbone. Lyrically the song is fuelled by angst insisting, “I’m not asking for permission to live anymore, I’m not waiting for the future that might never come”, before breaking into a vigorous chorus of, “don’t slow me down, I’m out of my self control”.

‘An Animal’ – the second single released from the album – persists with a chaotic and vigorous guitar riff that is bursting at the seams with attitude. Having spoken with Steven Ansell, he stated that “it’s really energetic and probably the most straight up rock and roll song we’ve ever written”, which is clearly evident from the blues influenced guitar riff and the driving beat that propels the song forward. The song has a liberating feeling of letting loose with lyrics like, “keep me out of this uniform, I don’t know what I’m wearing it for”, it screams for an escape from the mundane. This is captured in the accompanying music video which sees a man freeing himself from his suit – an expression of liberation – and running unhinged through the streets of London. The single also features ‘Wretch’, a B-side featuring Eoin Loveless from Drenge and Ian Clement of Wallace Vanborn.

Carter’s vocals on ‘Grey Smoke’ have a distinct, sultry quality with an undertone of aggression contrasting with the dirty fuzz of the guitar and the frenzied energy that preceded it. The verse has a dark transparent atmosphere with a chorus that erupts and opens the song up. The bridge is led by a march like drum beat and a chilling guitar line that builds to a crunching guitar solo. ‘Far Away’ takes a step away from anything Blood Red Shoes have done before and reflects a softer side to the band. The song opens with a beautifully constructed guitar riff and equally beautiful vocal melody sung by Ansell. While most Blood Red Shoes fans are familiar with the raw power of Ansell’s vocals, it is often rare to hear them sound so vulnerable as he sings, “don’t fool me around, I’ve been waiting for this time to come, it’s all that we talked about”. The chorus contrasts nicely with the forceful vocals of Carter and powerful distortion of the guitar. The lyrics are poignantly honest reflecting perhaps the beginning of the band, or a longing for departure – “where are we going? I don’t know, I just want to be anywhere but here, far away out of sight”. Following this is the album’s hard hitting lead single, ‘The Perfect Mess’. The song was released by fans on a quest to find QR codes located in various cities around the world. Their prize: a brash and bold glimpse at the future of Blood Red Shoes; complete with a winding guitar riff, percussive break and overloaded with forceful energy and angst. The vocals are incredibly riotous and drenched in distorted fuzz and the song has numerous layers each adding to the uncontained atmosphere of the track.

“We really like poppy songs. We’ve always been obsessed by writing songs that have choruses that we want everyone to sing along to and that are really catchy”, said Steven Ansell of the band’s aesthetic and this love of writing pop songs is none more evident than in the heavily pop influenced track ‘Behind a Wall’. The song is lively in nature with funky guitar rhythms and a danceable drum beat. ‘Stranger’ follows opening with a repetitive guitar loop that sounds like a futuristic harpsichord. Carter’s voice sounds particularly alluring and haunting on this track which suits the songs dark and ambient atmosphere and the percussion by Ansell is highly versatile ranging from a sense of subtlety in the verse to intricate and epic sounding runs in the chorus.

‘Speech Coma’ and ‘Don’t get Caught’ are probably the most grunge influenced tracks on the album and hint at the bands early days with mindless chants of, “I can’t get the words out”, in ‘Speech Coma and a mind melting, rip-roaring guitar solo in ‘Don’t get Caught’. The latter is particularly rich with textural variation and closes with a hint to ‘An Animal’, which highlights the songs isolated desert sounding blues riff. The addition of a piano on the album closer ‘Tightwire’ shines a new light on the band and demonstrates a sense of variation and versatility. The track has an epic sensibility and vigour that closes the album with style.

Blood Red Shoes have excelled with this riveting release that  masterfully combines elements from their early days as well as offering a stimulating new sense of direction with a new and heavier guitar sound and intelligently crafted songs. The duo have surpassed themselves with a record that has the spark of being lively and spontaneous yet simultaneously controlled and well structured. The unique sound Blood Red Shoes have developed over the years sounds truly polished and is delivered with an exceptional level of skill that marks a very important chapter in their career.

Check out our interview with Steven from Blood Red Shoes here…

A CHAT WITH: BLOOD RED SHOES 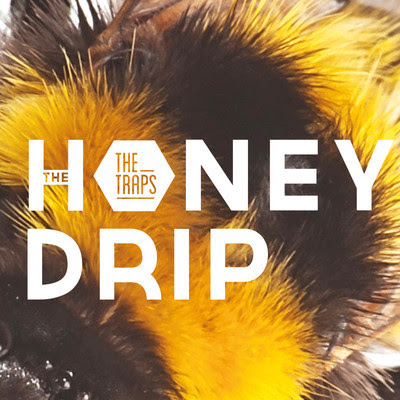