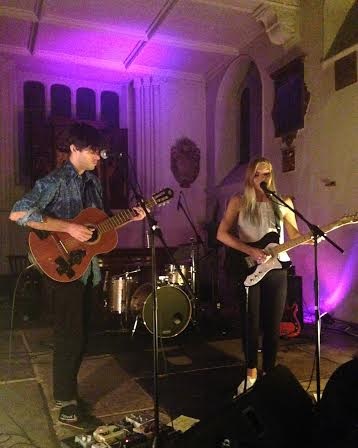 Grimm Grimm is perfectly suited to Big Deal’s support slot. He plays droned acoustic music, which would comfortably fit into the realms of the lo-fi genre. His songs such as ‘Hazy Eyes Maybe’ are docile and at times discordant, combining audio and electric elements provided by his bassist that joins him on stage for a couple of songs. Intriguing and at times quite moody, his music sounds as if it’s from another time period as he plucks at the guitar strings, but mixed with his solemn vocals adds a touch of modernity. The set is quite a unique experience in itself, but is definitely one of an acquired taste.

The venue is unlike any other I have ever been too before. Not only is it the fact it’s in a church, but it’s the adornments and relics which surround the hall such as the marble remembrance mounts, a creepy framed golden cast of Queen Victoria’s face and the sparsely placed hanging candles creates a spectral and ghostly mood; reminiscent of Big Deal’s music before they even enter the stage. The band splits their set into two parts, the first half is acoustic and muted which is focused around their earlier records and is just Alice Costelloe and Kacey Underwood alone. The second part is a collection of their newest songs off their current album June Gloom. No talking once on stage the duo begins with ‘Homework’ – a sweet melodic song. It’s refreshing to see them back to basics, just Costelloe and Underwood doing what they do best. ‘Chair’ in reality allows the pairing’s vocals to shine, as the church’s acoustics underscores every vocal and instrumental note.

They play in sync together, smiling as they sing as if they are both sharing their own private secret. This inimitable bond is palpable, as throughout tonight’s show Costelloe periodically glances over at Underwood for hints of reassurance, which occurs during ‘Visions’ one of their more hazy and lovelorn songs. It’s enough to make you wonder if they are amorously involved, although this has not been confirmed. But it is this rapport, which adds another dimension to their performance and makes them even more absorbing. However her fleeting looks are justified as they make a noticeable guitar error, informing the audience it has been a few years since they’ve played their older tunes live. The charm and subtle teen angst of ‘13’ live projects the youthfulness of the lyrics as they both sing, “…Tell your Dad get off my back…”. 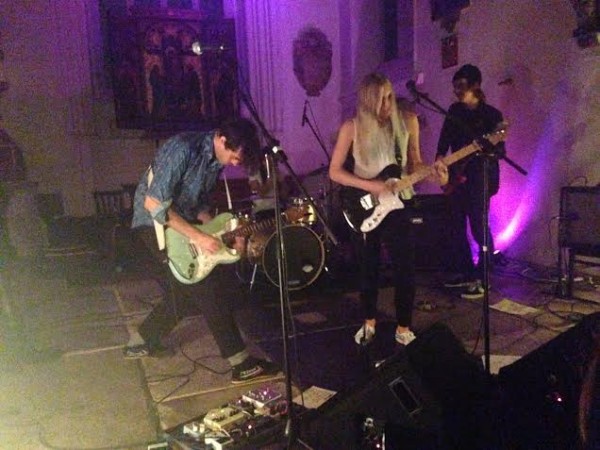 Switching to the “dark-side”, as Underwood puts it, the couple are joined on stage by their fellow band mates – the two Jesses – for the second section of the show. The sound of ‘Swapping Spit’ is much heavier, the differentiation in intensity is hard to ignore. The inclusion of a drummer and bassist adds a more obtuse sound compared to their once before identifiable lo-fi outfit. The guitars through ‘Dream Machine’ are fuzzy and has an air of nostalgia, as Kacey jams out on the guitar going into his own personal zone. It stresses the progression from their debut album Big Deal has made. They sound a bit meaner and not as shy; metaphorically they’ve left their uncomfortable teens behind and are sitting comfortably in their 20s (well at least that’s the case for Alice). ‘Teradactol’ is one of my standout pieces. Coarser, tougher and darkly grungy it’s an ode to the glorious 90s which sparked the genre. Not only is it a cool moment to be viewing, but it definitely knocks any preconceptions of the band’s quaint and twee sensibilities on the head. Wasting no time savouring every moment between songs they head straight into ‘Call And I’ll Come’.

You can tell the Big Deal are more at home with their newer material. They are confident and do not seem at all timid in comparison to their more acoustic numbers they opened up with, again emphasising the significant growth they have taken musically. The carefree attitude during ‘Boys’ is one to admire. Her voice so elusive and faultless, it captures the attention of every spectator in this ancient church hall, as the sound surpasses the space. On ‘Catch Up’ Underwood and Costelloe’s voices perfectly meld together, flattering one another. The lyrics exude romanticism: “I’ll wait wait wait for you”. Channelling longing, want and the profound passion in the world. The resonance is majestic and elevating, imitating the humanistic expectations of hope, when you are in love. ‘Talk’ is another high point of mine, not only is it the song that got me into Big Deal, but the subject of unrequited love is something everyone can relate to. With the band the song has added teeth and unlike the version on Lights Out, which sounds insecure, betrayed and upset this comes across sounding more pissed off with a ‘fuck you’ at the end of it, as the dirty chords and whirring guitars drives the song forward.

‘Close Your Eyes’ closes the show. The transparency of Alice’s voice contrasted against Kacey’s understated tone is hauntingly beautiful and chilling, as the silence falls at the bridge then explodes in to a lavish wall of noise which demands the crowd’s upmost attention. One thing’s for sure: tonight’s show is proof that Big Deal are moving onto bigger and better things.

OUR FUTURE – On Surface 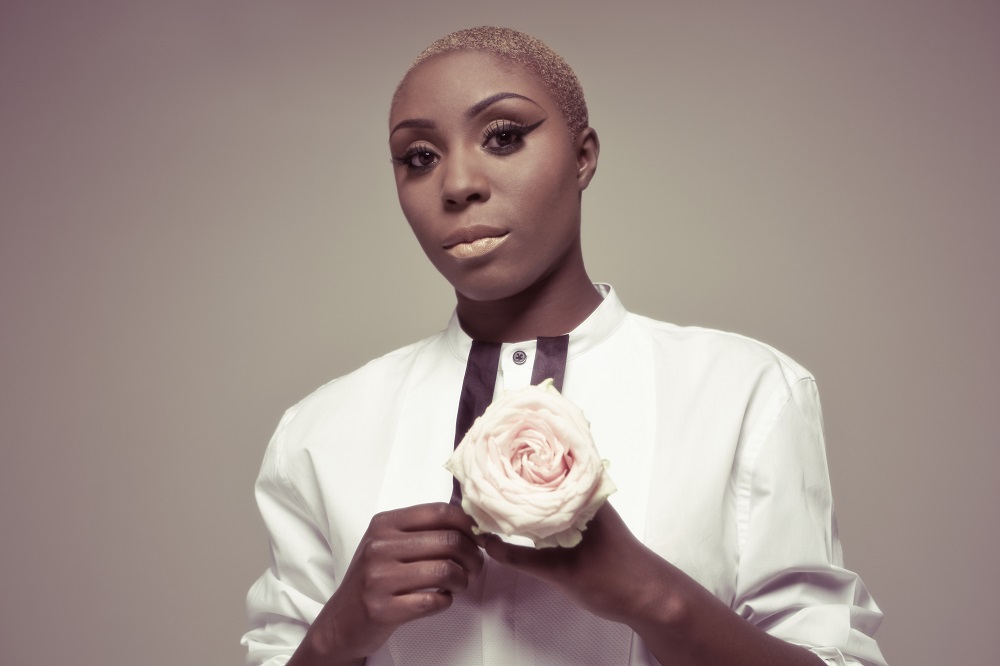 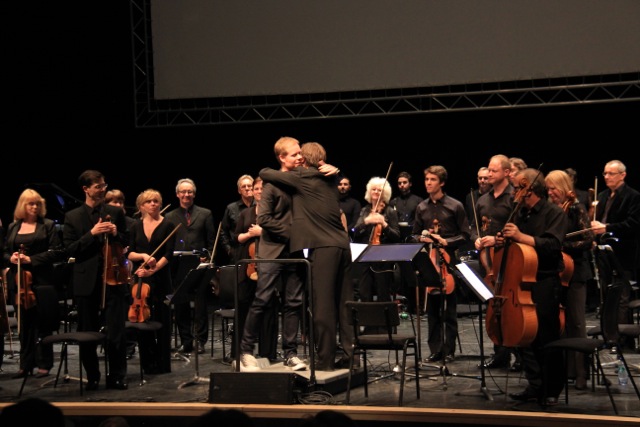