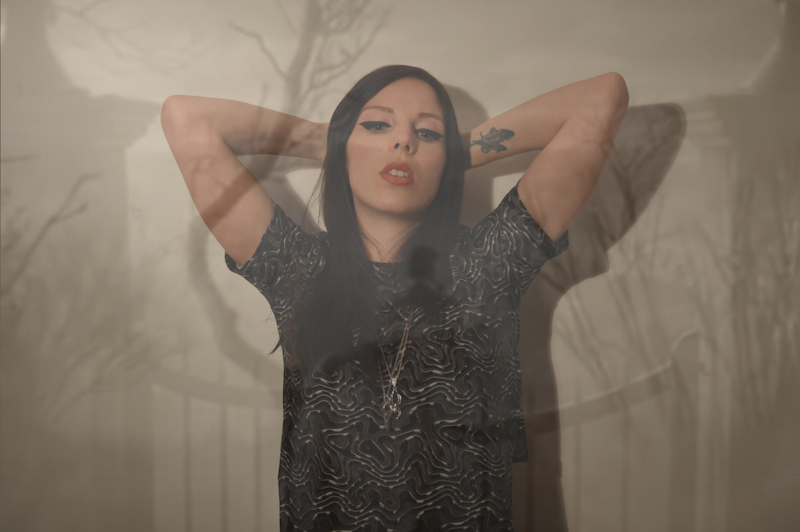 Wisht Hounds is me (Ella Edmondson) and Rollo Smallcombe. I moved from London at the age of 15 to Dartmoor, Devon, where we met at school. We’ve both always been involved in various music projects separately – I earned my living as a singer-songwriter touring the UK, and Rollo has been part of bands like Thousand Natural Shocks, I Ching and currently The Night Jars and his own creation DEEDS. Although we’ve been friends for so long, we didn’t start working together until 2012, and formed Wisht Hounds in 2013. We’re both living in London now.

I can’t speak for Rollo, but for me, my father was the reason I got into music. Music was always playing in our house, and my dad plays many instruments himself and got me started on the piano and guitar. My dad got me an 8track for my birthday once and I haven’t stopped writing songs since. The first albums I bought and that influenced me the most were things like Skunk Anansie’s Stoosh, Alanis Morissette’s Jagged Little Pill and Marilyn Manson’s Antichrist Superstar. Essentially, I’ve always written pop songs and after a few years of gigging I found myself on the edge of the English folk scene, but not really fitting in. The tracks that Rollo creates and produces for Wisht Hounds opened the door to a genre I’ve always wanted to be making music in, whilst still holding on to a bit of that folky sentiment when I write the vocal parts.

In 2013 our first release was an EP called WH which consisted of three tracks. These were the first three songs we had ever created. Since then, we’ve released a single called ‘Jungle Myth’ in 2014, but the track we are most proud of is ‘Wild In City’ which was released on 9th March 2015. Wisht Hounds are only just getting going, it’s early days, but we’re excited about the future.

We’ve yet to play live, but will start booking dates this summer.

I think Rollo’s ability to create electronic soundscapes and atmosphere’s mixed with my folk-pop vocals is what makes us different. There’s a dark element to the music we create.

Don’t get me started. I hate Spotify. Rollo listens through Spotify. If I hear something I like on YouTube/SoundCloud/Bandcamp/Rdio, I get it off iTunes. Rollo buys vinyl records and I always said I would never stop buying music in the physical sense, and maybe if I had more money I would buy more CDs and vinyl. There are a lot of musicians out there (and I’m not talking big label superstars) who’s sole income is the music they make and relentless gigging, and they are being impacted by things like Spotify. People won’t buy so many CDs at the gigs because why bother if you can listen to it all for free anyway? But, on the other hand, maybe they came across your music on Spotify which led them to buy a ticket for your show. Can of worms.

At the moment, in terms of newer music, I’m listening to a lot of Purity Ring, Polica and Warpaint. But I’m also listening to Althea & Donna and a lot of Deftones. I don’t get a lot of time for listening to music or making new discoveries because when I’m not working on Wisht Hounds or writing other music I’m a mother to two baby boys. 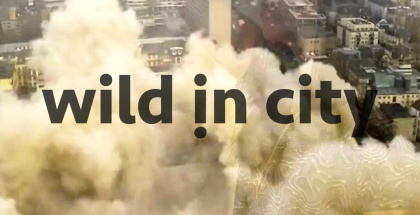