Anyone who reads my articles regularly or follows me on social media will know that I absolutely adore The Gaslamp Killer. The LA DJ, beat-maker and Low End Theory resident is one of the absolute best in the game when it comes to live DJ performances (and yes, they are performances). Tonight, however, wasn’t simply a GLK set: tonight was the UK debut of The Gaslamp Killer Experience live show with ace London jazz-funk collective, The Heliocentrics. It was one of the best musical experiences I’ve had this year. A truly killer experience. It was The Gaslamp Killer Experience.

Before they took to the KOKO stage, Gaslamp’s contemporary, friend and brother, Kutmah, put in a bewildering DJ set to absolutely noone’s surprise. Gaslmap maybe the best “performer” the instrumental hip hop DJ scene has to offer, but Kutmah has the best skills. Serious skills. Since his controversial deportation from the US back to the UK, I must’ve seen him DJ nearly twenty times and his consistency (both in terms of selection and mixing) has never once even slightly wavered. And man, it’s always such a joy to see him reunited with his LA homies – he always seems to enjoy and push himself the most when in the company of the Brainfeeder and Low End Theory guys.

And now for the main event: The Muthafucking Gaslamp Killer Experience. For those that don’t know The Heliocentrics, they are otherworldly good – absolute godsends. Here at AAA Music, we love our contemporary, experimental jazz, alongside instrumental hip hop, so we’ve been fans of these guys for ages. GLK couldn’t have picked a more appropriate bunch of serious musicians to collaborate with. The fact that they’ve barely rehearsed (with Gaslamp having only just arrived that day from LA) makes this intensely hypnotic display of musicianship all the more remarkable.

With GLK (aka William Benjamin Bensussen) set up behind his mixing desk to the left, the rest of the stage is packed full of the live brass, strings, drums, percussion, bass, guitars and other indiscriminate instruments of The Heliocentrics. Draped in what appears to be a mixture of a Maharaja’s robe and a magician’s cloak, Gaslamp conducts the live instrumentation of his own original compositions with his usual frenetic enthusiasm: headbanging, dancing, gyrating and charging around the stage. The music meanders through psychedelic ambience and Turkish-heavy world music, through to dramatic Hidden Orchestra-esque orchestral trip hop and frantic, hip hop-laced, big band jazz. Yes, I know, that last sentence contained too many musical references – thank you.

When GLK isn’t throwing shapes and whipping the audience up into audible admiration, he’s behind his decks scratching and playing around with samples. But make no mistake, this “experience” is much less about the man himself and his DJing abilities, and much more about his compositions – much more about his vision of the relationship between instrumental hip hop and psychedelic world music, created with actual instruments in a live setting. And that is why The Heliocentrics dominate the show: what we see and hear is their musical talent and their chemistry with his compositions.

An obvious highlight is fan-favourite ‘Nissim’, but really the whole thing is brilliant – a mind-expanding exploration of GLK’s musical roots, where everything from Turkish classical/folk music, jazz, neo-classical and LA electronic music is touched upon. On paper, this sounded like it couldn’t work: that there would be too much going on. But the reality was a masterclass in producing a unique and cohesive artistic vision. Gaslamp and The Heliocentrics absolutely killed it with their “experience”. I loved experiencing The Gaslamp Killer Experience. It was intoxicating, like experiencing a fucking killer gas or something. It was an experience that lit me up from in the inside…as if I were a (gas)lamp. Eeeeeeeeeeerm…I love lamp. 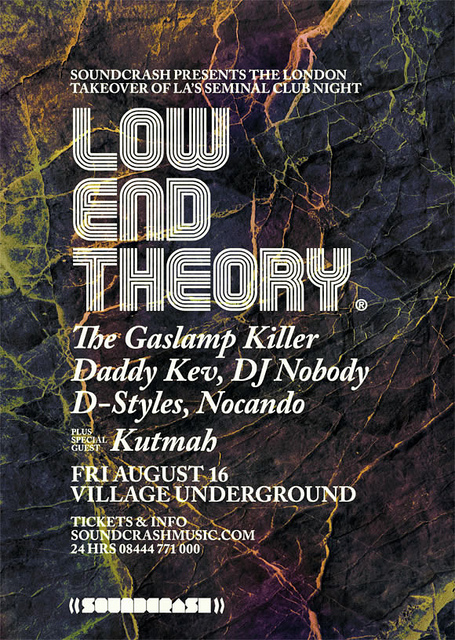