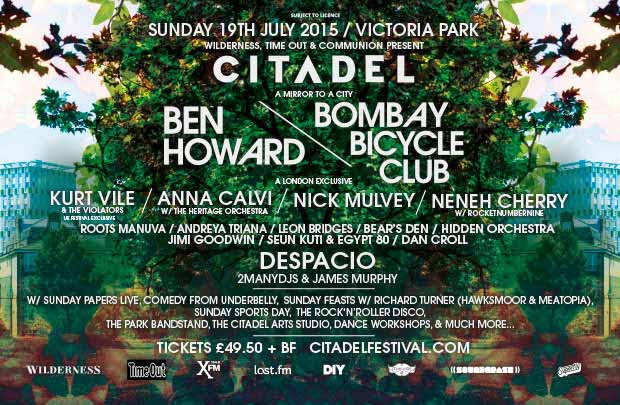 The love-child of Lovebox and Wilderness: Citadel, a new one-day festival in East London. With as much to look forward to food and entertainment-wise, as there is with the musical line-up, culture-central Citadel has described itself as the exploration of the pleasures of a summer Sunday afternoon. And it sounds absolutely perfect.

Rightfully so, Nick is one of the Communion stage’s headliners. Nick’s departure from jazz outfit Portico Quartet saw him flourish, his album being nominated for the Mercury Prize in 2014. The influence of his previous musical endeavours creates something really interesting in his sound and has been surely responsible for many-a-sold-out venue over the last couple of years.

This is really something you can’t by-pass, no matter how much you want a Hawksmoor burger or to participate in disco dodgeball. Roots Manuva is Hip-Hop royalty and a prominent figure in musical history. New and exciting music has started to emerge from Rodney Smith and we’re looking forward to seeing it blaring out on a sunny, Sunday afternoon.

If you’re up for discovering something a little different on Sunday, you need to head over to the Soundcrash tent to check out Hidden Orchestra. Hidden Orchestra is a musical collective based in Edinburgh and led by multi-instrumentalist Joe Acheson. Bridging classical and electronic, this live performance will be unmissable.

I don’t think I’ve ever met anyone that doesn’t like Ben Howard. Why wouldn’t you? I have, however, tragically met several people who haven’t seen him live. Luckily, this doesn’t have to be you anymore if you’re one of them. With his brilliant band backing him, Howard always delivers on stage. Watch out for the instrumental in End Of The Affair: it’s sure to take the wind out of your sails.

The musical evolution of Bombay Bicycle Club is both impressive and fascinating. You’ve got to keep things interesting to survive… and that they have. The musical difference in their material hasn’t waned their very clear identity. Bombay’s brilliance has become increasingly recognised, in 2014 they were nominated for the Mercury Prize. Bombay are great fun live: a sight and sound to behold. 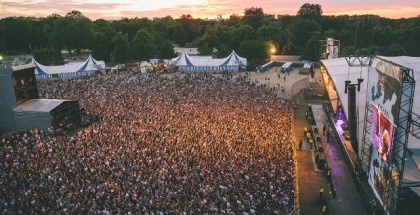