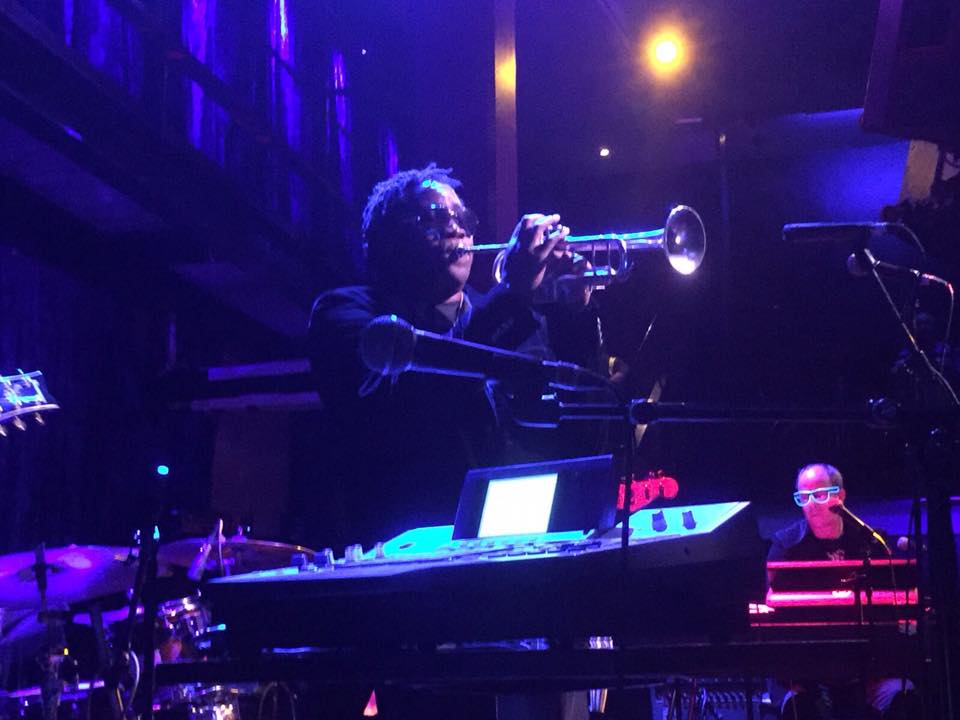 Everyone knows the story of the funk, surely. You see, the Funk is a living creature. It’s ’bout the size of a medicine ball, but covered in teats. It came from another planet, and landed on Bootsy Collins’s house. Back then Bootsy was just a simple farmer. But he took one look at all of those mauve titties and he lost his mind. He began to milk the Funk. Made himself a Funk shake. Began to feel fizzy inside. He found he could see ’round corners. Suddenly, he passed out. But when he came to, baby, he was slapping a bass guitar fast and loose like some kind of delirious, funky priest.

Two months later, he was world-famous with his band, Parliament, and everybody wanted a piece of the Funk: Rick Wakeman, even the Bee Gees. One day, Parliament was traveling on the mothership, fooling around with the Funk, when George Clinton kicked the Funk clean overboard. That was July the Second, 1979, the Day the Funk died.

On remember remember the fifth of November, at a jazz cafe down an alleyway in Camden Town, we found that juicy ball of funk again. The funk has obviously been around and studying other floating genres. The man who found it is Leron Thomas, and he’s truly sucked on those funky teats.

Leron Thomas, a man. A man born in Houston Texas but 36 years ago. He studied music, composing and the trumpet for most of his life. He spent most of his career being a serious and well acclaimed jazz musician in New York. Working with the likes of Bilal (featured on this new album), Roy Hargrove, Robert Glasper, Zara McFarlane, Marcus Strickland and many others.

It’s no wonder, however, that a man with an ear for many genres has broken out of that mould, and for the past few years has been collaborating with Guts. Guts, a large live funk band, may be lesser known in the UK but have been peddling their brand of smooth sun electro funk and hip hop through the streets of Paris and further a field with style.

Guts started the gig and the band overwhelms the little stage. More participants than a bingo hall. Each one with their own brand of understated cool. Tanya Morgan and Florian Pelissier step in and out, Leron is playing trumpet. It goes from straight up funk to hip hop and back. Even a moment of Fugees sampling. These guys have clearly been students of fun, now they are preachers.

So then Leron makes an exit. The lights go down. The band put on their neon specs and it’s time to get serious.

The wobbly sounds of a slapping bass. Beoooow.

“SO GLAD… IM NOT A PART OF YOUR CLIQUE BITCH”

Leron has started. The title track off his album hits – and it’s just sick. I look at the person next to me and she smiles…our knowing look said “this is the definition of cool.” It is.

Leron’s new album is more reflective of some straight up funk infused with jazz, more so than the eerie electro sounds more familiar to those who have followed his solo stuff in the past few years. I do hope he continues with these badass videos though:

…For those interested in more of that, check out “appear to stack”, “fashion”, “blush” and “take it”. Tracks like “don’t you know” and “role play” ft. Bilal have more of this eerie vibe and the band nail them.

Then comes my favourite track in the world right now. ‘Mandy Jo’. If this guy ever gets the recognition he deserves, this should be one of those songs that in years will remind us all of this time and place we are in now, together.

‘Mandy Jo’ is a song about all those long lost loves we see on our Facebook threads. Popping up in our threads with their new lives. Our wives in parallel universes. The ones that had they only agreed to bend their ways, accept ours, couldabeen, wouldabeen, shouldabeen. It’s about our lives, wondering, wandering.

“I’ve wondered myself around the world as if i was in search of something from the outside looking in it looked like i was escaping something but more to the point, brother, i was trying to reckon with something…. ….. this energy”

Leron Thomas has lived a life. Its in his low gravitas-heavy voice and big kid smile. The song builds and builds. Bass player and drummer in tow. Builds until Leron breaks out in gospel. “IIIII am the saviour… IIIII am the saviour” – beautiful. And yes Leron, you are.

Here’s the song, but if your listening to it for the first time, don’t do yourself an injustice. Please. Listen. To. It. And. Listen to it. Fucking. Loud.

Leron’s set ends in keeping the tempo high, and then Guts come back out and all the others. Rappers, soul singers, and Leron with his beautiful trumpet skills. The party goes on.