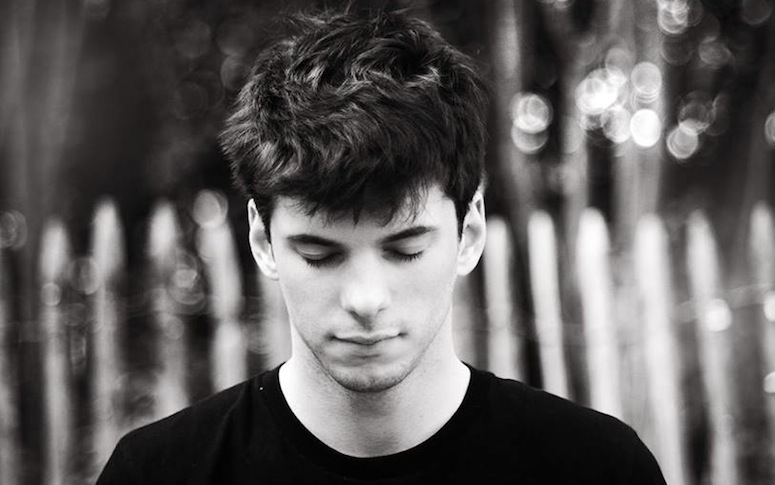 I’m Theo (aka Fakear), a 24-year-old musician and former student in musicology. I was born in Caen, Normandy, and grew up surrounded by musicians, including my parents and my best friend Gabriel (Superpoze). I began to make electronic music by the end of my highschool grade, around when I was 17-years-old. I created Fakear in 2010, and haven’t stop to work on it since.

First, both my parents are music teachers, so it made sense to me to make music too. I think I make electronic music because I work on a computer, but I began by playing the guitar in rock bands. My influences are wide: I’m influenced by world music, such as Deep Forest, but also progressive rock, jazz, pop and – much recently – electronic music, such as Bonobo, Cinematic Orchestra and Flume.

I don’t really look at my stats or like, but I think I’m quite big in France, as I have began to headline festivals. I have released few EPs, and one of them made me popular. It’s called Sauvage. I’m proud to have released these EPs, because I think the tracks on them are great. But it’s not because I’m popular that my music is better!

I enjoy every show, because my live crew are all great people – I love them! Touring festivals is very exciting. I supported Flume, Odezsa, Bonobo and Wax Tailor, and I was happy to see that they’re all great people! You can feel very lonely when you’re touring, so it’s always cool to spend time with good company.

I don’t know precisely. I think melting world music into electronic music is not common, but I can’t say that I’m creating a new path, or a new genre. To me, I’m an oldschool producer with some weird ideas! But I try as hard as I can to keep my identity. I think every producer or band have to work on an identity. There are many of us in the world, and the only way to be recognised by people is to have a strong identity.

I listen to music via downloading, and at home on vinyls and CDs. I think record label have to re-think their strategy, because you can find everything you want on the Internet. They have to upgrade the “simple” physical album to a beautiful object you want to have at home. But I think downloading and streaming are some great ways to discover new artists and music.

I’m listening to Odesza nowadays. I’ve always got a Bonobo album not too far, and Deep Forest. I recently discovered a french artist called Pavane, who is at the very beginning but is so talented.

I will release my first album next April, and I keep working for a better live show, better songs… by living a normal life! I think you always have to keep in mind that this isn’t life. It’s a passion, it’s your job maybe, but life is going out with friends, partying and sharing great moments with great people! It’s what inspiring me the most.

BEN MAGGS – Come As You Are