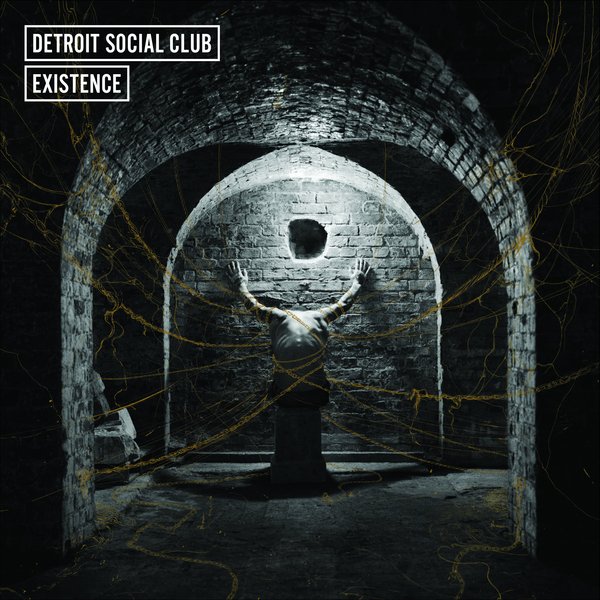 The long awaited  debut album of Detroit Social Club starts with Kiss The Sun, epic rock ballad with dark intro, precise drum beats, sharp guitars and synths. Chruch-esque chorus which would make Ennio Morricone proud and the David Burn’s vocals kick in. Despite the sun of the title, the atmosphere is pretty dark and the music voluntary rough: I’m loving it.

Northern Man, by far the highlight of the album, surprises you with orchestral violins, contributing to yet another apocalyptic scenario. Burn voice is both tender and sharp, confuses you, hypnotizes you. The choice of using strings for a rock band is always perceived as risky, especially when it comes on a debut album, but I couldn’t think of a better choice. The choruses, again, epic, dramatic, just grow into you.  Black & White, with its synth intro and the acoustic guitar repetitive rhythm is one of the most interesting tunes on the album. Vocals are as strong as a shot of tequila in the early morning, great contrast with the backing vocals, lighter and more reassuring. The track musically evolves, loosing the acoustic section and moving into electronic guitar and sharp synth riffs.

At times they might fall into repetitiveness, with the high use of epic-orchestral choruses, but they always add that little sparkle that makes even the less interesting track of the album unique. Take Chemistry for example: the repetitive lyrics become a sort of chant.

Sunshine People is another interesting track, it evolves every second you listen to it, until it reaches its climax towards the end, when guitars take over and the sound resembles the good old Led Zeppelin, while Rivers & Rainbows initial chorus reminds me of Kasabian (which comes as no surprise, considering that Jim Abbiss produced it), pretty catchy tune, completely different from the previous one. It’s like opening Pandora’s box.  Silver main characteristic is the tribal percussion which kicks in from the beginning, together with the tambourine and gentle guitar, a complete different thing from the previous one. The music hooks you up, the perfect track for a chill out night.

Closing track Lights Of Life is a ballad, Burn’s voice is much softer and it almost doesn’t sound like the same band, but then it twisted and as soon as the electro guitar riff starts you are in the safe path again, although just for a glimpse, as then the strings step in and it evolves into epic movie soundtrack. Featuring what is possibly the most complex instrumental structure of the album,  it really is a gamble for them, but I must say I am totally up for experiments.

Detroit Social Club deliver a debut album which is going to be one of the best albums of the year. Their elaborated sound and lyrics will definitely reward them, as they deserve to be big and beloved.

Kings Go Forth – The Outsiders Are Back

The Acorn – No Ghost