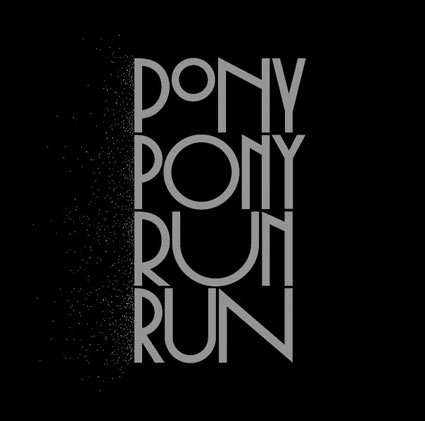 I suppose the easiest thing you can say about Pony Pony Run Run is how ever so slightly unorthodox their name is, so I will raise my journalistic standards and look beyond that hurdle into their rock inflected elec… oh come on! They’re called Pony Pony Run Run for Gods sake! Did they really not expect to hear about it all the bloody time? Cos if they did they are sorely mistaken…

Ahem. Anyway, after you get over their ridiculous name there isn’t much to endear yourself Pony Pony Run Run. They deal with a saccharine blend of electro pop and Mcfly esque “Rock” that is said in the very loosest sense of the term. It’s all played with skill and precision and it’s all produced to sound box fresh but in there lies the problem, it sounds flatter than your average piece of paper and the song itself is not quite as interesting as one either. A lethal combination. Maybe their name is a blessing in disguise because on the evidence of this insipid single there isn’t much else about this band worth talking about.

Too Young To Love – Vault of Heaven/Down to the Infinity