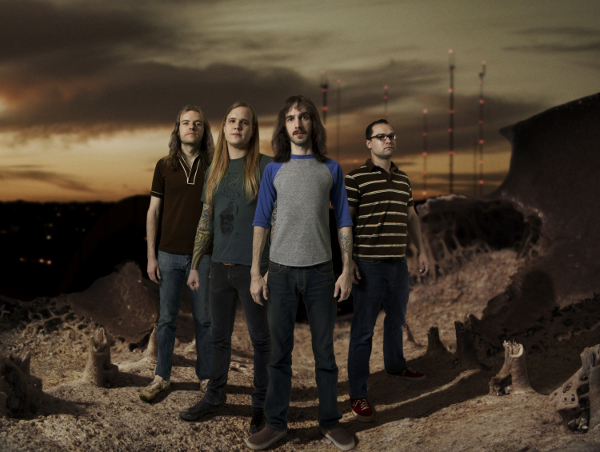 The Sword recently visited the UK to support Ozzy Osbourne at the iTunes festival and play their own intimate (and sold-out) show at London’s Barfly. Whilst in the country, they filmed a piece discussing their highly anticipated new album ‘Warp Riders’ and the resulting video footage has also been cut in with some video from the live set itself. The Sword return to these shores in November but in the meantime, they’re keeping themselves busy with a stint supporting longtime fans Metallica in Australia and Japan.

‘Warp Riders’ is released in the UK on 23rd August through Kemado Records. Stay tuned for a trilogy of music videos which accompany and tell the story of three of the album’s most exciting tracks.

Check out The Sword in the UK on the following dates –