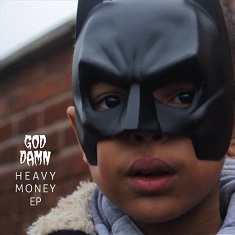 Having bumped into God Damn a few times previously on the live circuit, I was aware that when onstage in front of you, they are a formidable act. The sheer volume of the set, combined with queasy hooks and a palpable menace, mean they are one you’ll return to with glee. But as with many noisy bands of their ilk, I had concerns as to whether they would be able to hold their own in the studio. However, it is my pleasure to announce that even without my feet glued to three inches of ancestral lager and a guitar headstock threatening to take my eye out, God Damn still pay off with some very heavy money indeed.

Right from the start, ‘Red Checker’ blends the band’s immediate aesthetic of the crushingly heavy with a nauseous sense of fun. From the fug of distortion and plodding tempos, the vocals have a cheeky drawl, and the chorus is one that has a nice bounce and some enjoyably lighthearted yet still menacing keyboards plinking away like a kid’s toy amongst the monsters in the cupboard. Speaking of monsters, ‘I Don’t Really Mind’ has a gothic twist lent to it by the echoing, chime-toned guitars and distant, spectral vocals, with the solo given a biting edge through the use of a wailing, sobbing harmonica that cuts through the haze with a razor-sharp clarity. The looping guitar-chime riff continues with dogged persistence as more guitars surge in with fuzzed-out howls and the drums pick up the pace from sparse rhythmic scaffold to something more substantial, then the track fades again into hisses and crackle, like a fever-dream. The mood is then booted to the next level by the crazy carousel-from-hell effects laid on the guitar in ‘New Invention Victory Club’. The thundering rock bassline then ploughs a furrow than an explosion of pounding cymbals and double kick drums turns sme kind of Lovecraftian abyss on fast forwards, the playful melody turning into something genuinely sinister in its sped-up persistence over such harsh and heavy proceedings. This mood carries on for the star of the teasingly-titled ‘Like Meat To Morrissey’, which is probably the closest the band get to “straight” hardcore: simple riffs, Sabbath-indebted slow breakdowns, vocals that could cause the vocal chords to call a sabbatical for health reasons. Quick, savage, nasty, and with… a ukulele ending. No, really. And somehow, miraculously, this leads to the desolate, stately epic (comparatively speaking) of ‘Dangle Like Skeletons’, where plaintive vocals sing out mournfully over a slow waltz, which turns the macabre sonic chimes and experimentations the band make their trademark into a genuinely touching blues dirge, complimented by the sludge-influenced distorted heaviness in thick guitars and a shrieked vocal climax reminiscent of Eighties Matchbox B-Line Disaster. Yes, the elephant in the room has been pointed out. Now settle down kids, ‘cause I think the band have already proven that the EP barely needs to be contextualised as “it sounds a bit like that other lot”.

Oddly enough, the weak point is the title track: ‘Heavy Money’ is a slow, trudging dirge. Although lifted by the wailing, octave-pedal-skewed guitar solo, the riff just goes on and on in an uncomfortable midtempo slog, and the vocals are too harshly inexpressive and monotone when put to the mechanical, heavily-distorted blues maelstrom, and the whole thing feels a bit messy. This is, really, my gripe with the EP: the sounds and inventiveness are there, but God Damn are quite evidently still in the process of finding their “voice”. Or more accurately, they have a voice, but they haven’t quite got the hang of the language. Heavy Money as an EP is doubtless inventive in its overhaul of tired post-hardcore aesthetics and reintroduction of fun into noise rock, but apart from possibly ‘Skeletons’ their songs feel like they don’t really go places in terms of riff structure or overall song direction, but at their weakest moments repeat and meander atonally.

But don’t let that dissuade you. These guys might as of yet lack some songwriting finesse but the sheer sonic energy and rabid experimentation in guitar tones mark God Damn as not only an exciting live prospect, but a force to be watched in the studio too. If they keep up the exploration, they could really be ones to watch. After all, they remain one of the more exciting and interesting of the “new bands”. 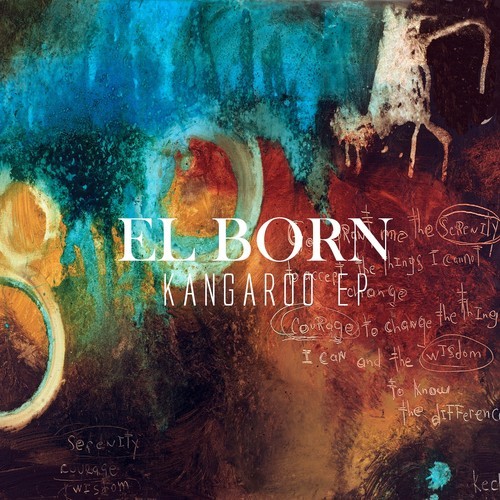