A CHAT WITH: PETROS KLAMPANIS 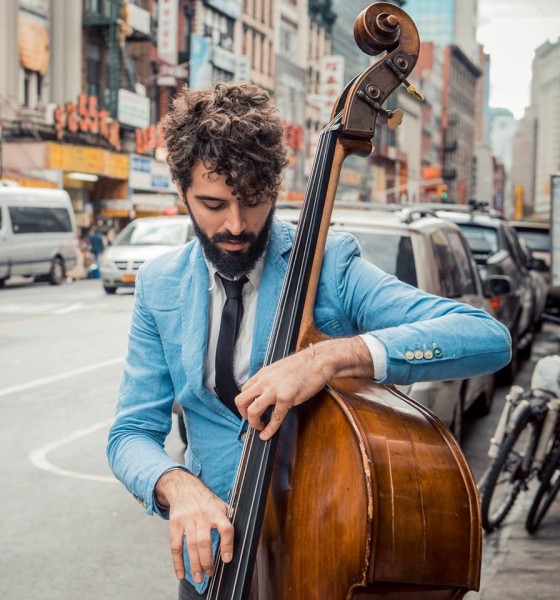 Petros Klampanis is the leader, composer-arranger and bassist of Contextual Trio, a NY jazz formation which played on last Wednesday in Paris at the Cultural Centre of Serbia, organised by the Hellenic Cultural Centre (Read our review here…). Petros’s life is split between NY stages and classrooms where he teaches between the US and Greece. His first album Contextual was released in 2011, and his second album is under way. Marguerite Gallorini chatted to him in Paris ahead of his tour in Greece…

AAAmusic: Hi Petros. Firstly could you tell us about your overall journey, to get a bit of context?

Petros: I grew up in the small Greek island of Zakynthos, then moved to Athens, and then I left for Amsterdam in 2005, where I studied music until the end of 2007. I then did a tour in Portugal, before leaving for the US in 2008, where I live now in New York.

AAAmusic: How long have you been playing music?

Petros: Since I was four years old. But I didn’t start with the bass; I started by playing the piano and singing – where I come from in Zakynthos, we have quite a vocal tradition, with choirs, etc. Actually, the first song of my first album Contextual, called ‘Thalassaki’ (literally “little sea” in Greek), is an old song that derives from the musical tradition of the Greek islands – but on the album it is played by a string quartet and the double bass. Also on my island, there is an interesting combination of Greek but also Italian music, since it had been occupied for a long time by Venice. Therefore the music sounds a bit different from the rest of the country, because it is based on western harmonies, on a more Italian “Bel Canto” opera style, rather than oriental-Turkish melodies.

AAAmusic: That is indeed interesting, since your music has nevertheless this oriental touch throughout…

Petros: I guess it comes from the broader Greek tradition. Even though Zakynthos is a bit particular; I am Greek after all, so it has to transpire in some way since I have been immersed in it while growing up. However I took notice of it – and took a greater interest in it too – when I moved to New York and started studying oriental idioms. That’s where I discovered it on a new light, and only then did I feel less “guilty” of my Greek influence in my music.

AAAmusic: What do you mean?

Petros: Well, you know when I grew up in Greece, I didn’t like all this tradition surrounding me and thought “why not try something else, like jazz” – I didn’t like to have too much Greekness piercing through my playing. But when I learned it again from another perspective, especially by being physically outside of Greece, I learned to love it again and now I use this part of my personality in a prouder manner. 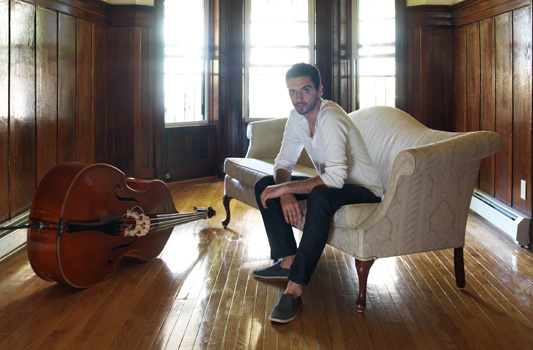 AAAmusic: Where do you get your inspiration to compose, and since when have you been composing?

Petros: I have been writing since 2007, when I was in Amsterdam. As for the inspiration, I think it’s the same for every artist, we get it from everyday life and experiences. I could be specific, or say that Bach or whoever inspired me at some point… But it’s just about the condition we live in, anything can trigger an inspiration as long as it is linked to emotions.

AAAmusic: So there might be a link between the fact that you moved out of Greece to Amsterdam and started composing then?

Petros: I guess so, yes… It was a big change, and somehow I needed to create a frame, a context; I had to find another means of expression.

AAAmusic: Let’s get back to your group for a second. What does the name “Contextual Trio” stand for?

Petros: Well… Of course the idea of context is central to the idea. I came up with the concept in 2007 – I say concept because it is not a fixed trio: in NY we are in fact a bigger formation, with a string quartet, percussions, a guitar… so I guess the “trio” part doesn’t really work here! But the idea of the band is really a merge of different contexts, like an object on which a light is projected from different angles and therefore giving a unique perspective of it every time – but the basis remains the object in itself, and all these lights just help us get a better overall perception and understanding of it. So in Contextual Trio there are different roles for the double bass than for the quartet and the rest – the percussions give a more warlike touch for instance, and so on.

AAAmusic: So what about the two musicians who played with you last Wednesday (in Paris), how did you three meet?

Petros: Well as I said, Contextual Trio is not something really fixed, it is more of a collective – and so it is not always the same people playing too. It was actually the first time that we played the three of us, with saxophonist Sylvain Rifflet, from Paris, and trumpeter Andreas Polyzogopoulos, who is also Greek. So I guess it was an actual trio, for once. I met Sylvain last year in Paris through my manager, then we had a few drinks together and kept in touch… And as for Andreas, I know him from Amsterdam, where we studied together.

AAAmusic: Who are your favourite artists?

Petros: I like very much French impressionists, like Debussi and Ravel. From Jazz, well… I love Miles Davis, I think he was a visionary, he never stuck to the same style. He was always looking for the next thing, but was always relaxed and confident.

AAAmusic: Apart from that, who have you been listening to lately?

Petros: Lots of different things… There is this NY group that I like, Now VS Now, with keyboarder Jason Lindner, bass player Panagiotis Andreou and drummer Mark Guiliana, who had played with Avishai Cohen. Lately I have also very much been into Flamenco music, like Paco de Lucia’s recordings from the 70s/80s, or guitarist Tomatito, and of course Camaron de la Isla. I also like Indian music, like Zakir Hussain, and I am listening to a trio from Turkey, Taksim, and to Tigran Hamasyan. I also have quite a few English artists that I like, especially Gwilym Simcock and Phronesis Trio, a jazz band from London. I’m also very impressed by young Jacob Collier! 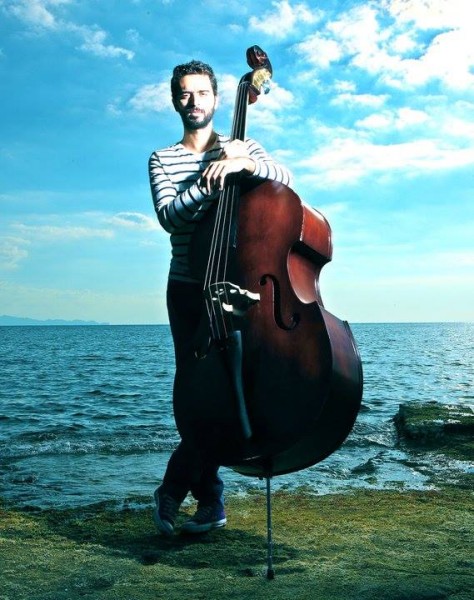 AAAmusic: And on a practical level, how do you listen to music? Physical, downloading, streaming…?

Petros: Well actually, both physical and downloading. You know when I go to concerts, I tend to buy the CD of the group if I liked it, because we have to help each other in our industry, that is how it works! But sometimes I do listen to music on iTunes, you know, or use BitTorrent, that’s very practical…

AAAmusic: Otherwise how is your life now in New York?

Petros: Ah, New York is crazy. Less than before, but still… There I teach, but as private lessons. But I also conducted workshops at the Conservatory of Music – Oberlin College for a spring semester, something I also plan on doing this summer on Zakynthos with pianist Kenny Werner and percussionist Jamie Haddad.

AAAmusic: Have you done tours in the US and in Greece?

Petros: Yes of course. We played in Boston, Philadelphia, North Carolina, Washington, California… And we actually did a tour in Greece last summer, with Jean-Michel Pilc, a pianist from Paris.

AAAmusic: Where is the place where you feel most comfortable?

Petros: Well… As everyday life, I love Greece of course, it’s my country. I love the nature there; the sun, the sea, the food… As for concert experiences, I had great impressions from France and Germany. The public are very attentive, but also very enthusiastic, they know how to be warm. In Greece, people are becoming more and more curious and attracted to jazz so that’s good – it has not always been the case, being a very traditional country. But I have never toured in the UK, though I would love to give a concert in London. I ought to be starting to send emails to plan this…

AAAmusic: Finally, what are you planning on doing next?

Petros: For now I am going to tour in Greece with the State Orchestra of Athens, before flying back to the US on December, where I’ll give a concert on the 27th at Cornelia Street Cafe. Otherwise we have a second album being mixed right now and which should be released in 2014…and I think I would like to support this one with videoclips maybe, and a documentary film on the band. I’ll also be touring Europe in 2014, and afterwards the US. 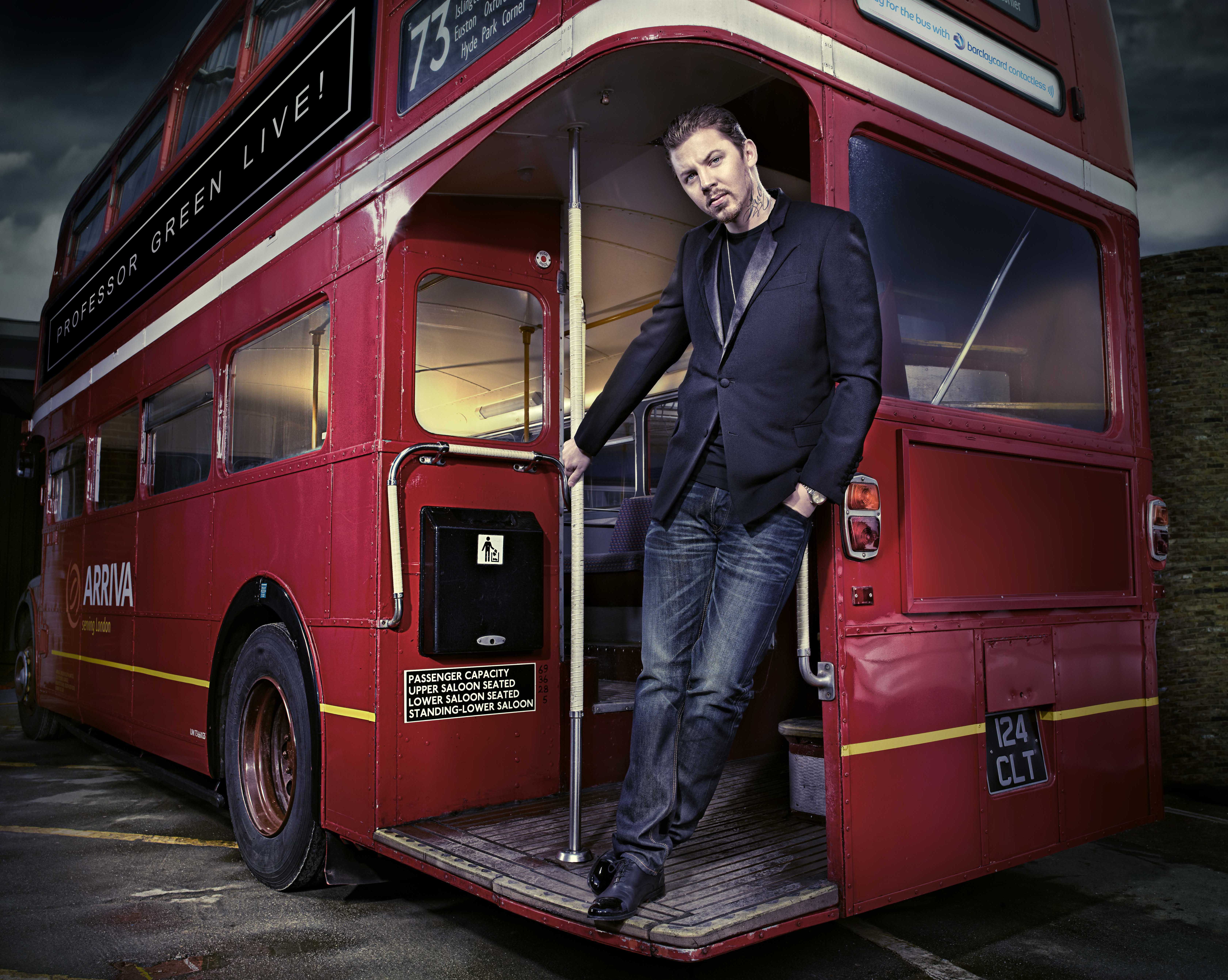