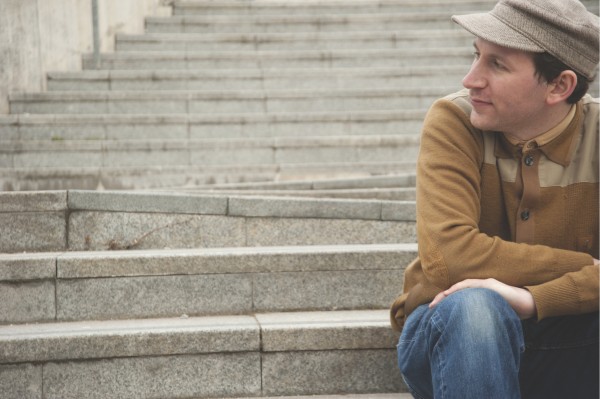 For a man who exudes tranquillity, trumpeter Matthew Halsall seems to be rather hyperactive when it comes to his work ethic. Having set up the Manchester-based label Gondwana Records to release his own solo albums – of which there have been four since 2008 – he then expanded the remit of the label in signing GoGo Penguin and, more recently, Mammal Hands, both of which he has had an hands-on role in producing and championing. In addition, Halsall somehow manages to find the time to occasionally DJ and is working on a collaborative electronic project initially previewed at The Cockpit last year (mark my words, it’s going to be special!). Tonight’s Gondwana Mini Fest, as it’s affectionately titled, is something of a showcase for what the label has planned release-wise for this year. Taking part at North London’s Kings Place, it’s essentially two successive concerts – the first being Matthew Halsall and The Gondwana Orchestra, and the second being GoGo Penguin supported by Mammal Hands.

Matthew Halsall And The Gondwana Orchestra

The Gondwana Orchestra is Halsall’s new collaborative band featuring a fleshed out version of the Matthew Halsall Quintet and new Halsall compositions, of which an album is in the works for a May release. However, what is evidenced tonight is that although Halsall may lead the band, this isn’t his show; Halsall is rarely the focal point, instead allowing the rest of this eight-piece band to propel proceedings. In fact, Halsall even explains to the audience that he doesn’t know whether the upcoming record will be released under his own name, The Gondwana Orchestra or a combination of the two. 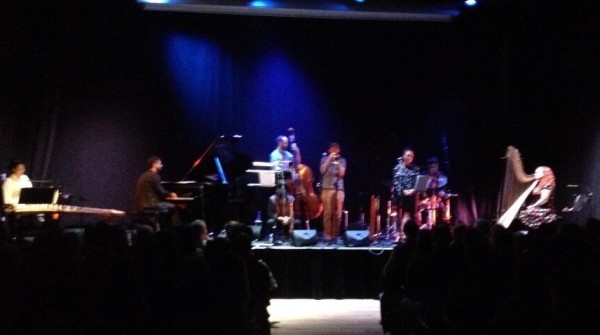 On record there will be a string quartet and possible vocal contributions, but tonight The Gondwana Orchestra consists of Hallsall on trumpet alongside seven exceedingly able musicians (and, for those who have seen Matthew before, very familiar faces) on piano, double bass, drums, saxophone, flute, harp and koto (a traditional Japanese instrument). They open tonight with the title track from their forthcoming album, ‘Where The World Was One’, and while the meditative, dreamlike tones that characterise Halsall’s spiritual jazz remains paramount, the additional instruments create a more heated, almost sultry atmosphere, with the string instruments and flute adding an element of drama, or perhaps tension, that I haven’t before witnessed at a Halsall show. Don’t get me wrong, this isn’t a radical departure towards some kind of big band, orchestral jazz; the progression is subtle, with the newer instruments woven into the existing Halsall DNA.

The flute (Lisa Mallett), harp (Rachael Gladwin) and, in particular, the koto (Keiko Kitamura; appearing in traditional Japanese attire) bring Halsall’s eastern influences to life, especially on the hypnotic ‘A Faraway Place’ and the brazenly oriental ‘Kiyomizu-Dera’. Like the trumpeter himself, Halsall’s ‘Quartet’ members let others dominate the performance and are commendably reserved this evening. Phil France provides some decent accompaniment on the double bass (although it is a little too quite for the opener number), frequent Halsall collaborator Taz Modi (of Submotion Orchestra) is composed and restrained on the piano, and drummer Luke Flowers is predominantly delicate, especially on the brush-led ‘Falling Water’. That being said, all three musicians demonstrate increased urgency during the rhythmically dynamic ‘Sagano Bamboo Forest’. Naturally, the brass parts form the heart of the compositions, but rather than hog centre stage, Halsall often has Nat Birchall (who has released a couple of records via Gondwana in the past) and his saxophones lead the tracks, with his best work (though not his smoothest) being on ‘Falling Water’.

When Halsall does take to his trumpet it is with extreme confidence. Completely in control of his instrument, every single note is pitch-perfect and unleashed with so much purpose. His ‘less is more’ approach has been well documented, but it’s hard to comprehend how the emotional resonance he conjures up with his instrument seems to intensify with each performance. A beautiful set; I can’t wait for the record.

Although I have never heard the newly signed Mammal Hands before, within a minute of their short, sharp 25-min set it’s glaringly obvious why Gondwana is the perfect home for them. The young, lively trio – Nick Smart (piano), Jordan Smart (sax) and Jesse Barrett (drums) – create a sound that lies somewhere between GoGo Penguin and early Portico Quartet. Although they’ve been likened to electronic artists such as Aphex Twin etc, other than Barrett’s occasional forays into left-field beats (as well as the odd world music pattern), there is little displayed this evening to warrant such comparisons. What they make is interestingly melodised jazz, driven by Nick Smart’s richly textured piano style (a style utilised by GoGo) and with a beating sax heart. There is a casual lightness to their sound – unsurprising given the lack of bass – but the compositions are delivered with the kind of firmness characterised by bands much more senior, especially considering this is their first gig in London! There are few solos aired tonight, but this is fair given the short set time. The highlight is the melancholic ‘Kandaiki’, with its poignant piano parts. Their debut is expected in June, and I have a feeling that it will be my favourite debut of 2014. 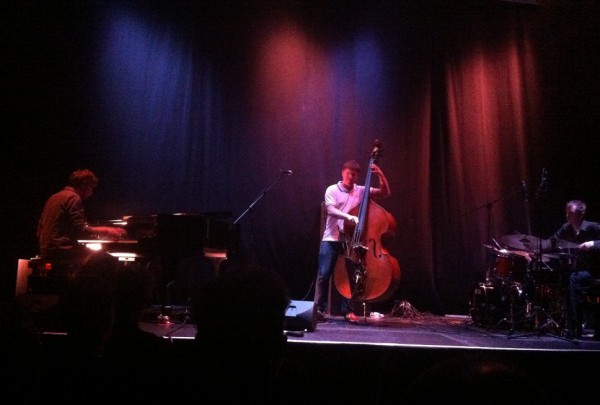 In the lead up to this evening, I was unsure why Matthew Halsall had decided to play at the start of the evening, giving GoGo Penguin the later slot. However, half way through tonight’s show it made perfect sense – Halsall’s contemplative jazz would be too light to follow GoGo, especially on their current form, with the trio sounding heavier and tighter than ever. I have seen GoGo Penguin a few times (review here…), including some early previews of their new direction, but tonight’s performance feels different; the sound is a logical progression from their debut Fanfares, but the feel is different. I didn’t expect the band to have such an increased confidence in testing out new material from their upcoming second album (released next month); it appears they know how good it is and how much of a shift in gears it signifies.

All the elements that made GoGo Penguin – pianist Chris Illingworth, bassist Nick Blacka and drummer Rob Turner – interesting on their debut are considerably intensified tonight; and this is clear from the opener ‘Murmuration’, with its electronic beginnings and hefty post-rock backbone. Blacka’s double bass is heavy and off-kilter (apart from when he opts for utilising his bow, producing orchestral drama), Illingworth’s piano shows new intricacies, and Turner’s drums are impossibly frantic, particularly in his increasingly inventive use of the snare, which manages to be both jittery yet methodically precise. Although the two old tracks, ‘Fanfares’ and ‘Last Words’, are performed sharply, it’s the new stuff that sounds vital – whereas the old compositions were heavily focused on the piano melodies, in a Esbjörn Svensson fashion, new material like ‘One Percent’, ‘Fort’ and the hip hop influenced ‘Break’ (a new composition not on any album) exhibit vibrancy beyond typical piano jazz.

Main set closer ‘Garden Dog Barbeque’ is a hectic but enthralling dance song, with liquid drum’n’bass drums and a 90s house piano riff, all leading to a disco-indie climax; it’s about as far away from the melodious piano jazz that defined their debut album as they could feasibly get. They close tonight’s event with the relatively chilled encore of ‘Hopopono’, proving that they can still do delicate, piano-driven jazz when the time calls for it. But, as their upcoming album v2.0 implies, this is a new GoGo Penguin, and their confident fusion of electronica, jazz and post-rock is destined for greatness.

An Evening with…Martha Reeves and The Vandellas