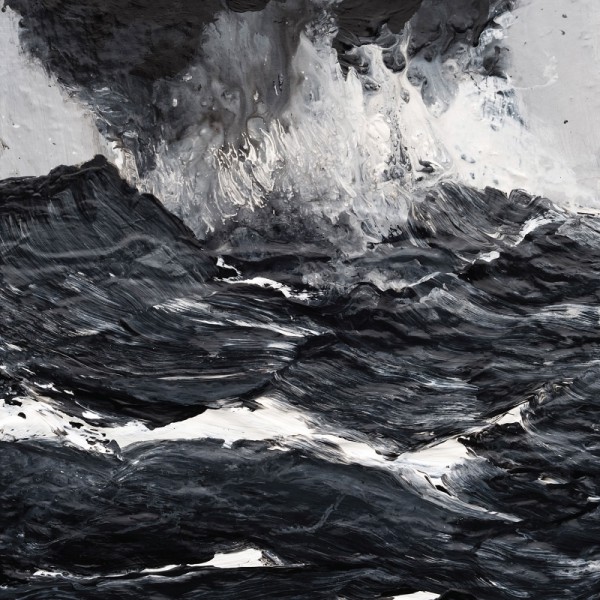 Sometimes you can judge a book by its cover. A rough sea, billowing clouds and deep oil-colours convey a precise idea, leaving to the imagination its developments. The same imaginative power, which inhabits the 10 tracks comprising this latest studio chapter of Boozoo Bajou’s career.

The German duo, during its sixteen-year experience, has always explored and caved the meander of the downtempo, combining dub, trip-hop and ambient to reflect its shadowy concept of music. But, with 4, they look further beyond, flirting with minimalism, with echoes of Brian Eno and John Hassell, with the dark wide-open spaces typical of UNKLE and with an omnipresent dub touch directly mutuated from the King Tubby’s word.

Boozoo Bajou lead a voyage of exploration between solitary and recondite soundscapes also represented by the titles chosen for their songs. The solemnity of the Arctic island of ‘Jan Mayen’. ‘Utsira’: an ephemeral islet drifting far from the Norwegian seashore. ‘Hirta’ in the St. Kilda Archipelago, which is floating surrounded by waves of dub. Or the ethereal ‘Spitzbergen’, the only permanently populated dry land of the Svalbard Islands.

To sail between these visions, these musical mirages, the duo has worked side by side with an intriguing cast of guests, from the strings of Stefan Pötzsch, the convulsed synth of Max Loderbauer (also loyal Ricardo Villalobos’s right-hand man) and the guitar of Frank Zeider to more peculiar instruments like an Armenian duduk played by Frank Freitag or an mbira, a thumb piano also in the hands of Pötzsch.

Also their recent move to Apollo Records has helped the course of the opera, as Peter Heider explained in a recent interview: Apollo is “the perfect opportunity and platform to working in this particular musical direction. We had that ambient spirit at the back of our mind for a long, long time, and Apollo, with its history, is the place for us to express it.”

4, which is an album able to dig in the depth of sound allusion and connection, is a demanding opera, miles away from the chill-out concept which has restrained the Nuremberg combo for years. Heider, about this subject, affirmed that: “we need a strong atmospheric substance in our compositions, and all elements are sorted and developed over time. Listening more to the small, brittle and quiet things, is in our musical world more important than the superficially dramatic style of production.”

4 is indeed a record which, like groundwater, moves under the surface, unveiling itself only if forced. The best example is the last track, ‘Tiefdruck-Hochdruck’: a dark, transient, almost oneiric composition able to confuse every points of reference.

MATTHEW HALSALL & THE GONDWANA ORCHESTRA – When the World Was One... 2 June 2014 | aaamusic