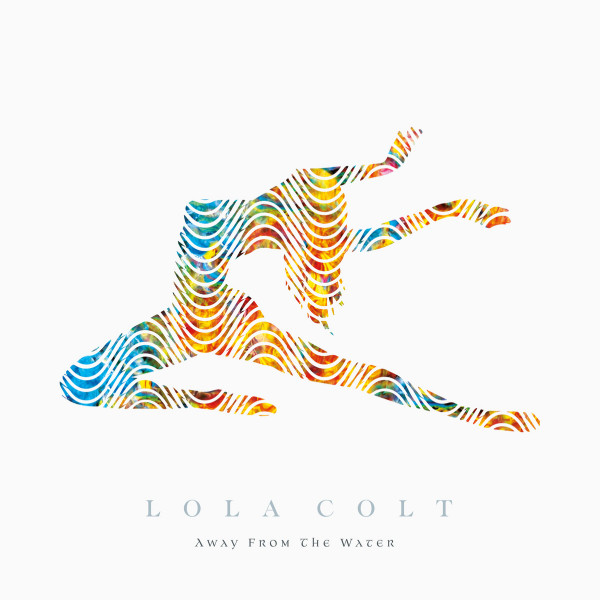 As soon as I pressed play on ‘Away From The Water’, the title-track of the new album by London six-piece Lola Colt, I felt as though I had been whisked back to the sand-whipped streets of the Old West, to a scene of which Sergio Leone himself would have been proud to have adorned one of his ‘Spaghetti Westerns’. The opening riff sent me into a complete and utter trance, burrowing its way into my mind (as all fantastic earworms do) with its hypnotic, displaced rhythm and desert-worn atmosphere. Its Tom Waits-esque (particularly reminiscent of Joe Gore’s playing on the Bone Machine track, ‘Goin’ Out West’) swagger has even more weight added to it when the rest of the band kicks in, making it have such a colossal impact without disrupting the listener’s experience.

The bass line accompanies the guitar parts with a darkness that does not deviate from the scenario that has built within my mind, one of an unforgiving land, filled, in equal parts, with banditos and hopes for shelter from the relentlessness of the heat. A second guitar line intermittently sears through the track, almost resembling (to me anyway) the distorted ricochet of a bullet from a gunfight that had echoed many moons ago. The tension becomes deliciously palpable as more guitars layer up, provoking the listener to feel on edge with a vicious beauty in the form of tremolo picking, underpinned by the solid, sustained chords, made haunting by the great use of  Hammond organ.

As the track approaches its climax, we are treated to some extraordinary vocals, which dusts the top of the track with a seasoning of eerie grace that gives the overall song an almost otherworldly flavour, one that I would like to taste again and again.

For me, Lola Colt have a very powerful piece here that I thoroughly enjoyed from start to finish. I have since played numerous times and have struggled to find one thing that I disliked about it. If you haven’t heard of these guys before, please do check them out, particularly if you like bands that have a very organic, human feel to their material and aren’t afraid to let the mood of a song overpower you.