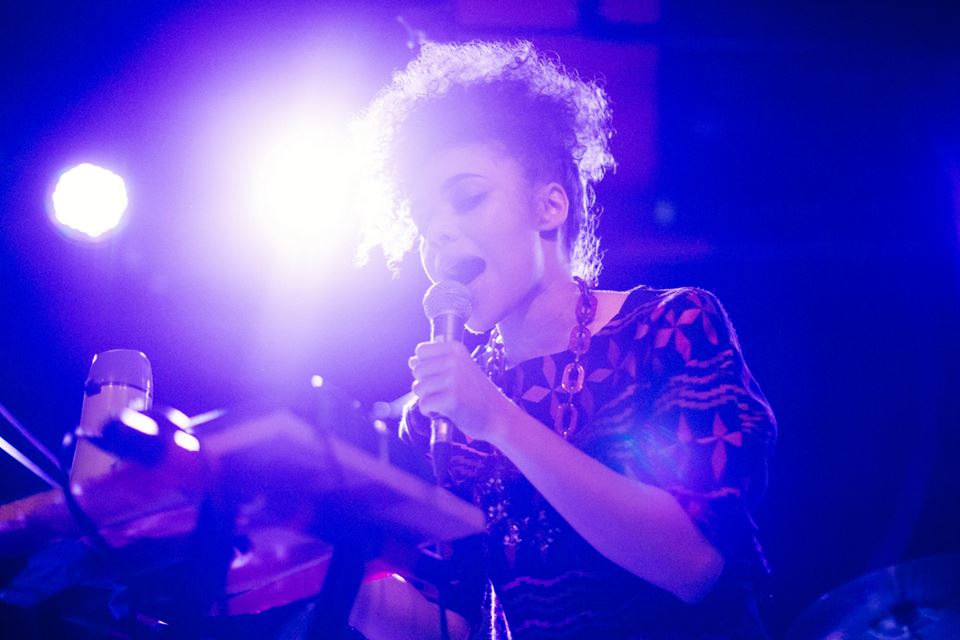 Andreya Triana has an uneasy but extraordinarily endearing presence tonight. She is clearly nervous, awkwardly shuffling around the stage, giggling and cracking dorkish jokes, but also in complete control, confident in her abilities and of new songs. Triana knows that, after years of high-profile collaborations (Flying Lotus, Mr. Scruff, Bonobo) and touring as a guest vocalist with Bonobo, this is her moment… and her moment only.

The small size of The Lexington always meant that this was going to be an intimate affair, but with the venue jam-packed with friends, family and fans, this intimacy is particular heightened; it feels special. Andreya Triana’s wonderful backing band appears first: drums, bass, guitar and keys. Then the petite SE London singer-songwriter arrive, and to considerable whooping. What follows is about 45 minutes of sublime contemporary soul music powered by Triana’s absurdly astounding vocals.

Andreya Triana and band mainly preview cuts from her long-awaited follow-up to the warmly received, Bonobo-produced debut, 2010’s Lost Where I Belong. Her new record – entitled Giants, released next month via her long-time home Ninja Tune – could be the underground soul album of the year, doing for her what Yellow Memories did for Fatima last year. However, here’s hoping that Triana can reach an even wider audience, because her music, though laced with subtle electronic experimentation, has serious pop crossover potential. Ballads like oldie ‘Darker Than Blue’ and the incredible 2014 single ‘Everything That You Never Had Part II’ showcase the kind of raw, vocal-led pop-soul that unexpectedly transported Adele from indie beginnings to the clouds above.

Other highlights include ‘Heart In My Hands’, the upbeat ‘Keep Running’ and ‘Lullaby’, complete with false start, which Triana explains is influenced by Lauryn Hill’s The Mideducation Of… (the song, that is, not the false start). The best are her rendition of new single ‘Gold’, which features an impressive singalong, and the last song of the evening, ‘Lost Where I Belong’, the title track from her debut. Sadly, there is no solo airing of her trademark Bonobo collab, ‘The Keeper’, but as said at the start, this is her moment and her moment alone.

Musically, Andreya Triana is all about stripped down, jazz bar soul with plenty of piano, some light electronics and sparse percussive elements. It’s the passionate, velvety range, however, that makes this singer so particularly special – her vocals felt much, much bigger than this room. Are they destined for the clouds?