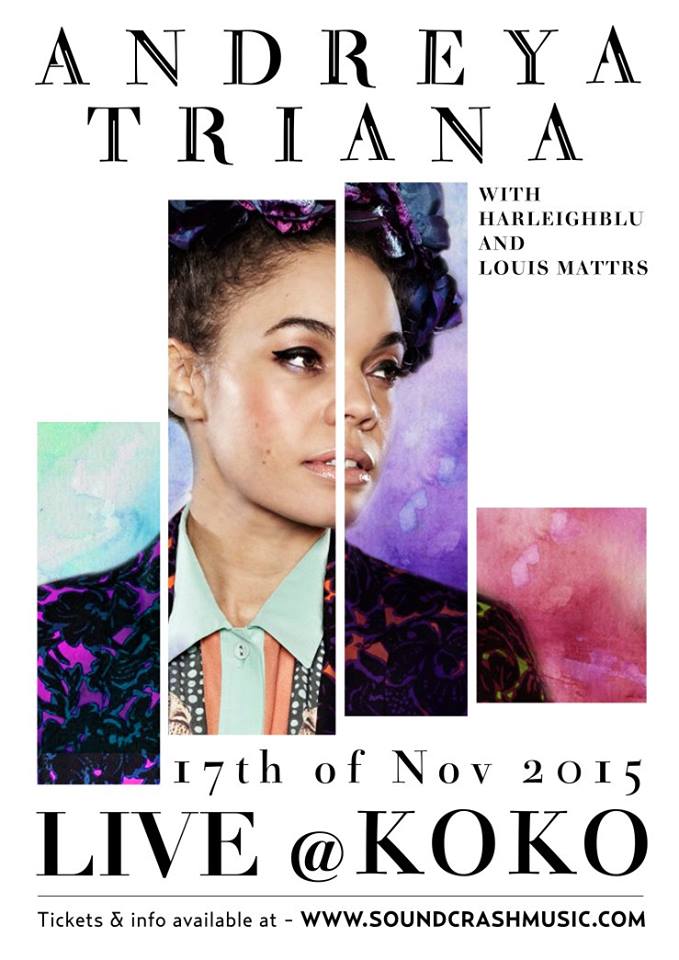 Following three sell out shows in the last 12 months, including The Lexington (read our review here) and Village Underground, and with her new album ‘Giants’ dropping imminently to great anticipation, our favourite promoters – Soundcrash – have announced they are bringing Andreya Triana’s soulful fireworks back again for her BIGGEST gig yet, at one of London’s favourite venues – KOKO on 17th November 2015.

One of UK’s favourite vocal talents comes in the form of London based Andreya Triana, who as well as her astonishing debut album ‘Lost Where I Belong’ (Ninja Tune) in 2010 has collaborated with musical giants such as Bonobo, Flying Lotus and Mr Scruff to name a few, and recently joined Bonobo on stage at his sold out Alexandra Palace date to a rapturous reception….

So come and absorb her smoky vocals and striking presence at a venue that has been host to some of the best and most important acts in London – KOKO. North London will soon be exploding with talent once again, this November. Don’t miss the opportunity to see this breakout moment of this beautiful singer’s solo career.

“The London singer looks every inch a star.”

“Like Nina Simone or Amy Winehouse – [her voice] gains its beauty from the cracks within it rather than any polished sheen.”

Support comes from Brighton’s Louis Mattrs, and he is most definitely hot property right now.

After gracing Chase & Status‘ “Lost & Not Found” with his effortlessly silky vocal range and soulful falsettos, the young prodigy is building quite the name for himself. Not only was his impeccably brilliant “Superman” premiered by Mistajam on BBC Radio 1Xtra, his Slow Waves EP continues to dominate the internet.

RAINTOWN – Writing On The Wall 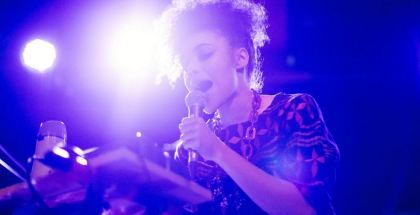