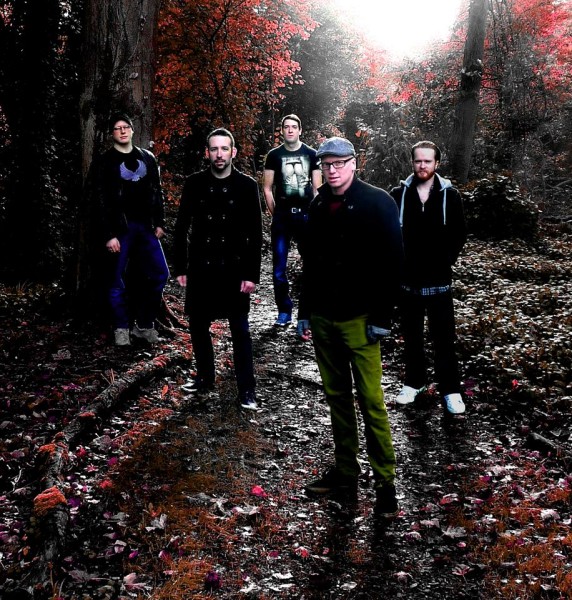 In between tours fronting Centiment and InMe, the ever-busy singer-songwriter-guitarist and Pledge campaign advocate Dave McPherson manages to find the time to chat to AAAmusic’s Jake Paker about the differences between his new band, his old band and his fruitful solo career…

Jake Paker: Hi Dave. So, you’ve recently completed the first tour with Centiment, how did that go? What was it like, being a vocalist and not having a guitar as you would normally with InMe and your acoustic shows?

Dave McPherson: It was amazing. I adore touring at the best of the times but the power and adrenalin on stage was intense. I lost my voice at the end but just about made it through running on fumes! I think by the second show I’d really found my feet sans guitar and it felt natural very quickly.

Jake Paker: You do a lot more screaming with Centiment than you do with InMe, how have you been finding that? Did it present any problems on tour? I know it can be draining…

Dave McPherson: As I mentioned, towards the end it was pretty brutal! I think next tour there will be at least one day off to rest! The screaming isn’t actually that taxing once you nail the technique. It’s more the high range singing that gets tough. ‘Twas a welcome shock to the system.

Jake Paker: I’ve read that your brother Greg writes all of the music for Centiment, but what was the writing/recording process like for the lyrics?

Dave McPherson: Very relaxed and quite spontaneous. I loved the album anyway so I listened to it a lot for a long time. Then the day before going to record a track I’d sit in a pub with my iPhone and repeatedly listen to the song whilst writing melodies in my head and then fit lyrics in whilst sticking to a theme. Topics explored include alcoholism, cocaine addled absent fathers, music itself, the problem with humanity and shitty relationships to name but a few!

Jake Paker: You obviously have many fans of InMe and your solo work, how have they been receiving Streets of Rage?

Dave McPherson: Splendidly. We do everything independently and DIY these days, so without their support the whole thing wouldn’t have been possible. The Pledge campaign proved to us on day one that people cared. The feedback and reviews have been overwhelming.

Jake Paker: Centiment is an old project, but Streets of Rage is the first release. To many people, Centiment will be something new. How have you found launching an essentially new band and releasing the debut album?

Dave McPherson: Exciting and refreshing. I love InMe and my solo ventures too and it’s been great adding Centiment to the collection! We’ve done everything ourselves with this release so it feels even more gratifying and rewarding than ever before.

Jake Paker: With Centiment being Greg’s project, do you ever get the urge to take control of anything, or want to jump in and write some of the music?

Dave McPherson: There’s literally only one part on the album where I asked Greg to change a chord from minor to major! I control a lot of the planning side of things, as does Greg, but I like his instrumentals and he likes my vocals!

Jake Parker: Where did you get your hands on Bernard’s Watch? Because you must have more hours in your days to find the time to work on all of your projects. How do you manage to juggle all of them? Being independent, it must be quite a challenge…

Dave McPherson: It is a big challenge and I’m learning more about how to manage it all every day. People seem to think I never stop though which isn’t true. Like a regular 9-5 job, I always clock off at around 5 or 6 and other than emails I don’t work evenings unless I’m gigging or recording in the studio. I do enjoy my rest with a film and a beer or five. Although I’m currently typing this at 6pm so I’m also a hypocrite!

Jake Parker: You use Pledge Music a lot in your various projects, and other artists are now starting to use it too, do you think this is the way forward for the music industry?

Dave McPherson: It is for me but I can’t speak for others. I’m very fortunate to have people that care enough about what I do to invest in it, not just on a financial level but also their time too. My Pledge campaigns have been successful and I like to think it’s because I live and breathe them. I try to go above and beyond for the people involved as they deserve it! Without them I’m just an anonymous bloke making music and would not be able to do music, my ultimate love, anywhere near the extent that I do now. 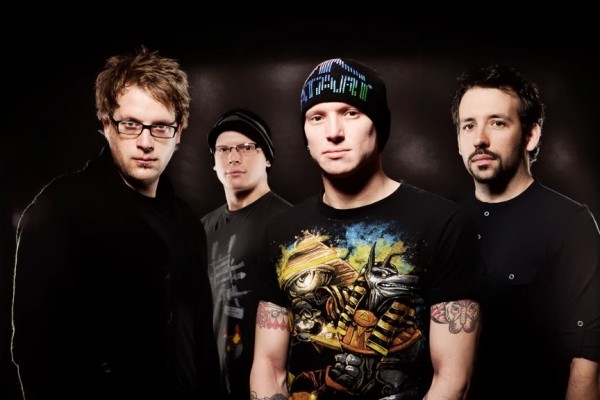 Jake Parker: How about Spotify and other streaming services? Some of the InMe catalogue is on there, as are a few of your solo albums. As a seasoned musician, what is your opinion on their viability as income streams for artists? Do you personally use Spotify to listen to music?

Dave McPherson: If I’m being honest it’s not my call that they’re on there, more of a previous label obligation. I’ve personally never seen any income as it goes towards recouping previous album costs but I guarantee it’s not the sort of income that would go very far! I’m sure it’s great for big artists but I think it’s not sustainable for smaller artists. And I believe we should get paid for our art and work just as anyone else should.

Jake Parker: Last year, as a solo artist, you wrote 365 songs – one a day for the full year – quite a feat. It’s well known that you write a lot of songs but this was quite different, how did you manage to maintain the steady flow of writing? Did it ever feel like an obligation or a chore as opposed to a fun challenge?

Dave McPherson: If you think about it in a different light it’s not that strange. I read an interview with an artist (can’t remember who right this second) and their main advice for other musicians was to always be creative and write music every day. I learnt a hell of a lot about my songwriting and music during that year and also gained a lot of material that I will use again in future releases. It didn’t feel like an obligation or a challenge after a while, it just felt normal! The songs were obviously compromised production wise and development wise, but I’m proud of it all. It ain’t all gold but my brother, who is very honest and critical, said around 90% of it was of a high standard! The feedback from the 500 or so people who joined in was lovely too. I enjoyed it massively but doubt I’ll do it again! People will run out of hard drive space!

Jake Parker: And a final cheeky question: which is your favourite out of Centiment, InMe and your solo career?

Dave McPherson: I don’t have a favourite. All our special to me for different reasons. It’s like a Dad having to choose their favourite child!

InMe are gearing from the release of a new EP, The Destinations, and are touring the UK throughout May: