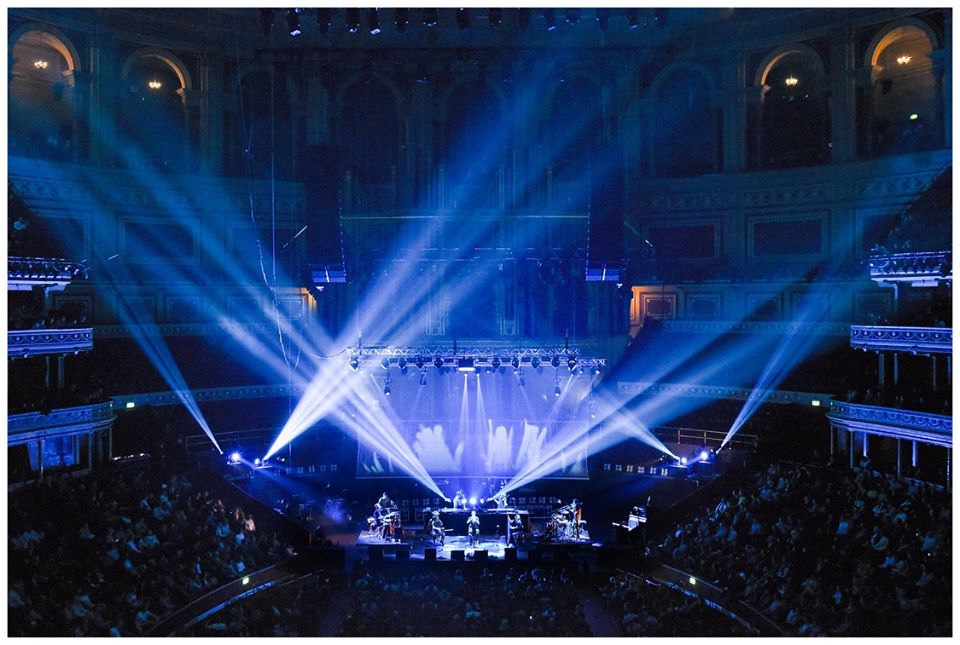 Seated gigs. I always wonder about that; it seems like a tricky choice for a promoter to opt into. However, this event is curated by Soundcrash and if they picked the Royal Albert Hall as their venue, they likely have a vivid vision for it. For this, I know it’s not fair to have my reservations but know that I’ve been burned before – watching Goat from the seated rafters of Roundhouse is one disappointing memory of mine, and tonight the biggest name on the bill is The Pharcyde. I’ve seen them once before and believe me, the gigs they put down are full of energy and hype.

There wasn’t ample time to worry about such things as I only found out on short notice that I’d be on guest list for the event last Tuesday. Soundcrash managed to bring together an impressive bill of acts featuring Andreya Triana, Hidden Orchestra, Submotion Orchestra, Henry Wu and the aforementioned Pharcyde, all presented by special guest hosts from BBC radio. Acknowledging these great and complimentary names on one bill becomes more exciting and curious once learning this whole thing is taking place in the Royal Albert Hall, an immense venue just off the shared space of South Kensington’s Exhibition Road (AKA the complete opposite side of the District line from me).

Henry Wu, our man on the decks for the evening stylishly builds up the atmosphere preceding each act in appropriate taste, working from the shadows to sufficiently hype the crowd. The kind of dynamic stirred from a seated show with shortly defined intervals between acts place Henry’s intermediary sets further into the background, only making his magic take a stronger hold, softly and satisfyingly leading into each following act.

Andreya Triana’s opening set takes us from very subdued beginnings into powerful paces by sets end. I entered the auditorium to find Andreya locked into her first track accompanied by a semi-acoustic duo on guitar and bass. All around them the stage is decorated with instruments and hardware awaiting more musicians. From within this dark meadow of softly lit, glistening drum kits, keys and mic stands, a sensual acoustic arrangement flows out and serves us with a lush opening for the night. As Andreya moves onto more active numbers her heels come off and the band starts growing with more musicians entering the stage and inhabiting the previously empty meadow of instruments and further diversifying the set.

Hidden Orchestra grace us next, and we see seven musicians plus one visuals man take to the stage and slowly build up their sounds until they all look part of a symbiotic production line for music, toiling in cautious creation, carefully nurturing subtle complexities into further complexities. Projected visuals hit a translucent backdrop, mirroring both the chirping activity and dynamic prudence of their opening track. Percussive fiddlings fill the opening of the following track, the organic and electronic sounds become transcendentally orchestral in their coalescence, living up to a very apt moniker.

A drummer sitting at the left of the stage signals a second drummer sat opposite through exaggerated head movements, like a baseball catcher conspiring with the pitcher to turn up the heat on an unsuspecting batter, as they devise their next collectively decisive movement. The second drummer takes up a trombone later on, leaving the first to swing out the rhythm. The jazz elements sprawl out under surging harmonies that press on atop this fluid rhythm. Through the uses, arrangements and movements in Hidden’s forces, the music is crisp and yet corporeal and translucent, and always mindful.

Then we have another short intermission as Henry Wu continues to offer up awesomely selected audible lubricants. Then Pharcyde… Starting with 3 musicians: DJ, drummer and keys, textbook hype foreplay builds between samples and the mics of the DJ center stage

and MCs standing just off stage. As Imani and Bootie Brown take the stage to roaring cheers from the crowd, a familiar instrumental from the intro of Bizzare Ride II kicks in and soon we’re treated to a rendition of “Yo Mama” and the nightly seams begin to split as members of the audience, not hesitating for an instant, float up off their chairs and lose themselves to the hype, the call and response and the frivolous tropes that beg the full participation of the crowd.

I guess I worry too much. Seats or no seats – that really doesn’t stop people do their thing, apparently. The entirety of the RAH were up on their feet by the second track, giving themselves up for the rising energy. The sheer enthusiasm flooding the grand hall uprooted the audience yet not the regality of the space as all were enchanted by this engaging hip hop gig with the most carefree of vibes and the rich atmosphere. The sight of people in the boxes, high up on the circle balconies and down to the stalls and main arena, all moving in shared euphoria, was a sight as grand as the hall itself.

Relative to Henry, Andreya and the first of two hybrid Orchestras in the line-up to play so far, the sound wasn’t all that clear for Pharcyde. It didn’t matter as Pharcyde have already convinced that sonic characteristics and subtleties are not our focus right now. So many highlights keep coming, such as any and all references to Bizarre Ride, especially a rendition of “Passing Me By” near the end of their set. Other highlights include an extended-ending version “Runnin”, Booty Brown’s explosive delivery of his verse from Gorillaz’ “Dirty Harry” and Imani’s red RTJ t-shirt. It was genuinely strange in some rare moments in which the whistling and cheering fleetingly ceased that an oddly intimate engagement with everyone in the room would result; a real feeling of togetherness genuinely and spontaneously formed and The Pharcyde waved off and left the stage to a unanimous kudos.

And now, somehow, Submotion Orchestra have the unenviable task of following that while seeing us off. But before that, another Wu-curated intermission takes place as people line up at the bar for their final drinks, at the toilets for their final reliefs and group outside for their final smokes before the final act takes the stage. Now that the clock has ticked later into the night, parts of the crowd, feeling very satisfied with the bang already garnered for their buck and needing to rush home to accommodate that early start the next day, start to disperse away from the grand building and down exhibition road. Many more stay.

Submotion blast out a powerful start via Alium kicker “Awakening”. The instrumental opener is cinematic and a choice start to the end. Ruby Wood enters onto the stage as the band kicks into “Time Will Wait”. The combined control and prowess of the band to hold together the tightest, slickest soundscape is encapsulating; the growth of Ruby’s vocal lines that build into the flickering music bed and the horns that soar over the gracious soundscape are reined into incredibly unified movements with the seamlessness of a polished record yet losing nothing their live oomph.

Now would be a good time to make quick mention and big shout outs to the sound engineers that enabled such complex incorporations in live sound and the lighting technicians who did a fantastic job of anticipating and responding to everything transpiring on stage. Everyone in the audience by now has become so transfixed in whats now become a romantic and cheerful atmosphere as the final performance comes to feel so purposeful. From my place in the stalls, only about six or so meters from stage left, I looked upon the crowd and felt as if the sea of faces I saw were filling a grand cinema eagerly witnessing for the first time a world premiere of The Empire Strikes Back.

The audience’s attention had become deep-set and I sat there thinking how beautiful and perfect everything turned out to be. That’s when Andrew Ashong came out with another unnamed backing singer to perform an extended rendition of a personal favourite, “Needs”. Later in the set the unnamed backing singer would return to lead his own rather epic rendition of “In Gold”. Those chorus’s were glorious. The long, well curated and perfectly executed night was coming to a close and Submotion Orchestra sign out with a softer ending, playing what was the most dynamically varied set of the night down into a soft and nearly sombre ending. Having taken so much in, I left the venue with a warm soul and tipsy smile as I joined the flow of fellow contented pedestrians onto the street and down that Exhibition Road to make my way home. 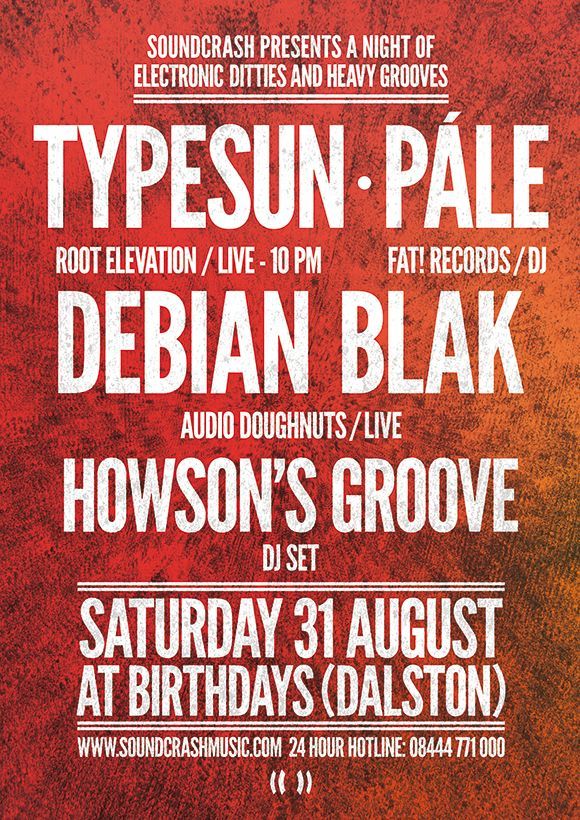 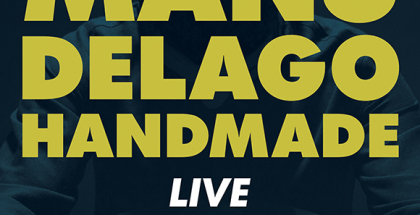