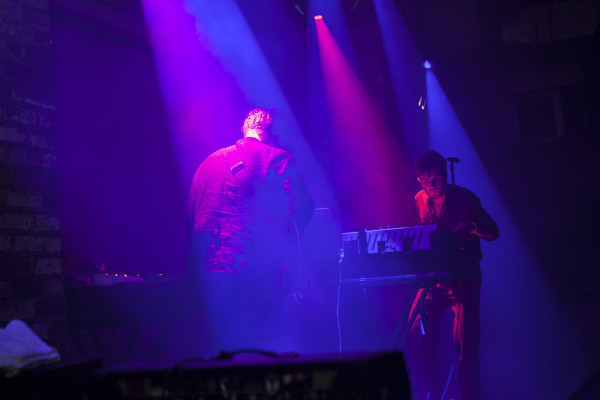 Very few artists could perform at both the Barbican Centre and Fabric within a couple of days of each other; but very few artists enjoy the adulation of the contemporary jazz, art-rock and electronic music scenes. Nicolas Jaar is increasingly – and unintentionally, I’m sure – becoming something of a musical anomaly. Since his debut solo album Space Is Only Noise, the 23-year-old’s career trajectory has taken unpredictable twists and turns. Just when you’ve got him pegged as an über-serious ‘artiste’, his Darkside project releases a semi-ironic, extremely forward-thinking Daft Punk remix album under the none-too-serious moniker: Daftside. Just when his live show reaches the mainstream, big production heights of The Barbican (review here), he reins it all straight back down into dark, dingy underground clubs (Fabric tonight, Berlin’s Berghain tomorrow).

Although Jaar’s Barbican show featured a Darkside segment at the end, it was really a celebration of Jaar’s solo career and vision. Tonight is a celebration dedicated to his Darkside collaboration with guitarist Dave Harrington; in particular, a celebration of their new album Psychic, released today. Anticipation is high as the stage is setup, with the crowd becoming increasing hot, sweaty and agitated – Room One of Fabric is quite a claustrophobic place, after all, especially with all the pre-show smoke machine action. But this heated atmosphere, plus the small stage and considerable darkness (the dim lights are a million miles away from the lavish Joshua Light Show visuals that backed Jaar on Saturday), are all necessary to create the stripped back intimacy that Jaar is craving. 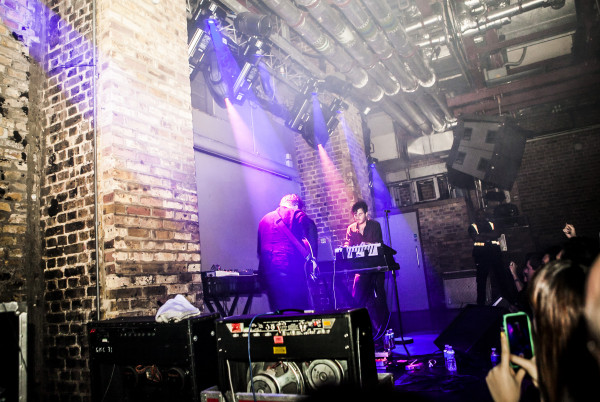 Darkside, as a musical concept and live project, is about patience; about taking your time and living and breathing the space before, after and in-between satisfaction. When Jaar and Harrington finally arrive on stage, and despite the lengthy sound check, they take some time to get their equipment in order; neither of them acknowledging the crowd. It’s more of the same when they actually start playing – the first five, maybe ten minutes consist of just minimalist, sporadic sound effects and distorted noise, as if they’re truly trying to kill the buzz of the audience. Slowly but surely, Jaar starts to add bleeps, keys and components of beats, with Harrington looping restrained guitar lines, which become more and more substantial, until something of a song materialises; not as accessible and succinct as their recorded songs, but enough to entice cheers and dance floor movement.

Tonight’s performance isn’t really about individual songs; it’s about an evolving piece of music in its entirety. Of course, when this musical journey touches on recognisable Darkside material – such as ‘Metatron’, the first vaguely recognisable Darkside track of tonight – the crowd makes their appreciation known to the band. But a Darkside show is all about getting you to that recognisable synth-hook or Jaar vocal melody; the Darkside songs are completely restructured tonight, with the familiar parts cut down and made much shorter, and the building intros and sparse interludes stretched out. Jaar, so good at building tension on his own, is given free rein to create a deeply layered, sonic soundscape around Harrington’s inventive guitar work. As the music gains momentum, Jaar throws down the odd techno beat, and Harrington’s guitar moves from ‘wet’, surf-tinged, reverb effects to psychedelic noodlings. This all eventually leads to some kind of drop, and here is where Harrington’s contribution to Darkside becomes apparent – his everlasting, psych-rock guitar solos add a thrilling live dimension that Jaar can’t manufacture with his equipment. 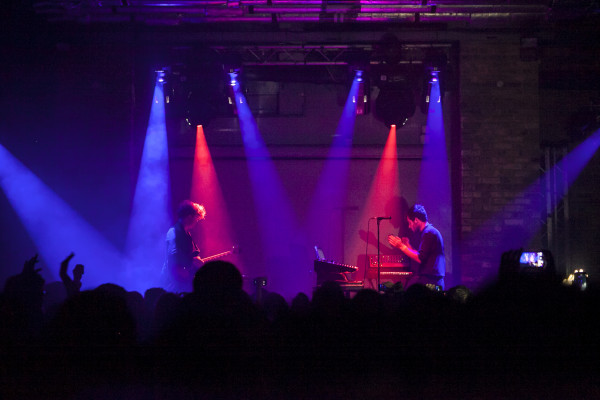 The highlights are a funk-driven rendition of ‘Paper Trails’, featuring Jaar’s bluesy baritone, and the main set closer ‘Heart’, the closest they get to a conventional song structure; it best showcases Harrington’s virtuosity and leads to a rousing techno end, which gets faster and heavier with blasts of synth, until, with a quick hand motion, Jaar cuts the music, just when you think it’s about to continue to the next level. No-one is sure whether they’ll return for an encore (including the Fabric lighting guys). They do, but only after a prolonged absence. And what an encore! A warped cover of Black Sabbath’s ‘Planet Caravan’, featuring Jaar’s underused falsetto, morphs into ‘A1’ from Darkside’s debut EP – the brooding, pulsating bassline complemented by washed-out synths and piercing, repetitive guitar picking.

Darkside’s new album – Psychic – is a brilliant collection of downtempo, blues-infused electronic pop songs, honing the experiments of their self-titled EP and Daft Punk remix album into something beautifully coherent. But seeing Jaar and Harrington live is another matter. Live, they are a progressive, heady act of improvisation. The psychedelic blues, club techno and dream pop of the album is still there, but these elements are clouded over by a contemporary jazz sensibility. Here’s hoping Nicolas Jaar and Dave Harrington continue to challenge themselves, so they can continue to challenge us. 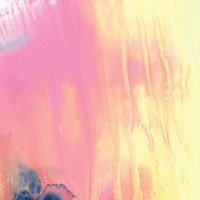 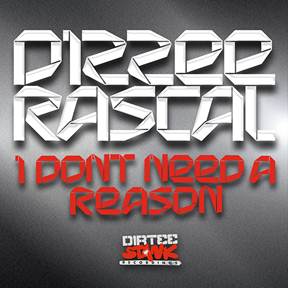